We got this awesome box as a gift and we got to steam early, all opinions are our own. 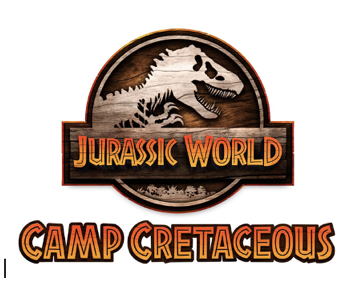 As many of you know I love The Jurassic Park/World series.  I own them all and watch them all the time.  I love that everything about this movie series is so ahead of their time.  When I Heard Jurassic World Camp Cretaceous was on Netflix of course I went nuts.  I have now watched every season a few times and every time I do I notice something that I did not see before.  This review might have a little bit of a spoiler but none of the big ones. 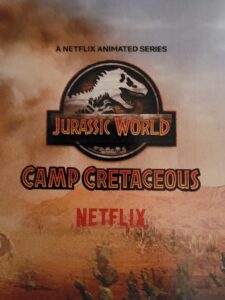 This is a mini series on Netflix and to be honest I had no idea it was coming out at first, so if you are like me and no nothing about it here we go. In the days of Jurassic World they decided to open a camp for kids so they can learn everything.  To get there for the trial you either had to be a VIP get a special invite or win a contest. 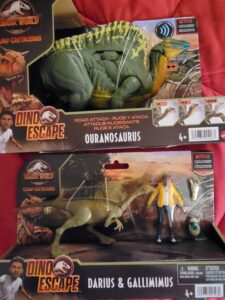 We get to see in this series other parts of Jurassic World that we never saw in the movie and we join these kids in their trial at the Camp Cretaceous. We see how the dino nerd gets his invite and as the show goes along we hear how everyone else got there.  There is 6 of them and you begin to love every single one of them. 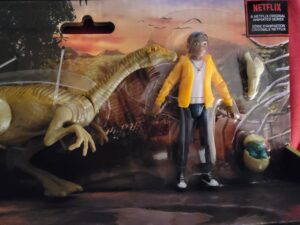 A short recap of the first 3 seasons.  In season one they are excited to be at the park as the first campers.  With the way we know how the show goes this does not last for long until the dinos get loose and they are trying to make it off the island before the last boat.  In season one we meet Bumpy this is going to be your new favorite dino.  In the next few seasons we get to see how they learn to survive.  Each of them brings something to the table that helps them along the way.  We see an almost rescue,  a few new dinos, a few almost escapes and so much more.

Then now we get to season 4 with so much that has already happened they are finally getting off the island thinking they are safe from the dino’s.  But if this happened we all know the show would be over.  When they finally make it to a new island they think they are at least safe from the dinos but now they have to contend with dinos, robots, and a new bad guy that I think we can all agree on we want to be eaten by a t-rex.

Dylan was so excited we get to meet a few new baby dinos and a t-rex mommy and her daughter.  They have a whole new set of dinos and other new animals we have not seen yet.  Plus the biggest cliff hanger at the end that left me screaming for season 5 to come out.

Finally escaping Isla Nublar, the campers find themselves in grave danger when shipwrecked on a mysterious island. As the group begins to uncover the strange secrets of this new land, they must hatch a plan to not only save themselves, but also protect the dinosaurs from the sinister forces at work.