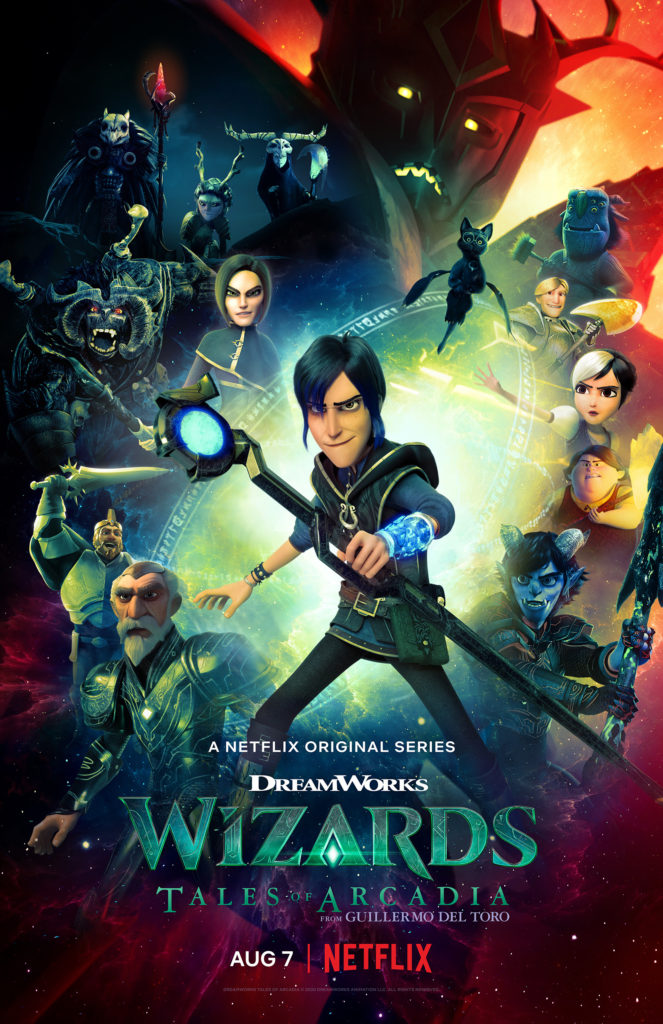 Following Trollhunters and the second series 3Below, Wizards marks the final chapter in the trilogy that brings together the three disparate worlds of trolls, aliens and wizards. In the newest installment, wizard-in-training Douxie (Colin O’Donoghue) and the heroes of Arcadia embark on a time-bending adventure to medieval Camelot that leads to an apocalyptic battle for the control of magic that will determine the fate of these supernatural worlds that have now converged.

In celebration of the final chapter, we have the season trailer to share with you below! DreamWorks Tales of Arcadia: Wizards returns to Netflix August 7.