We got Dark Waters Free in exchange for an honest review. All opinions are my own. 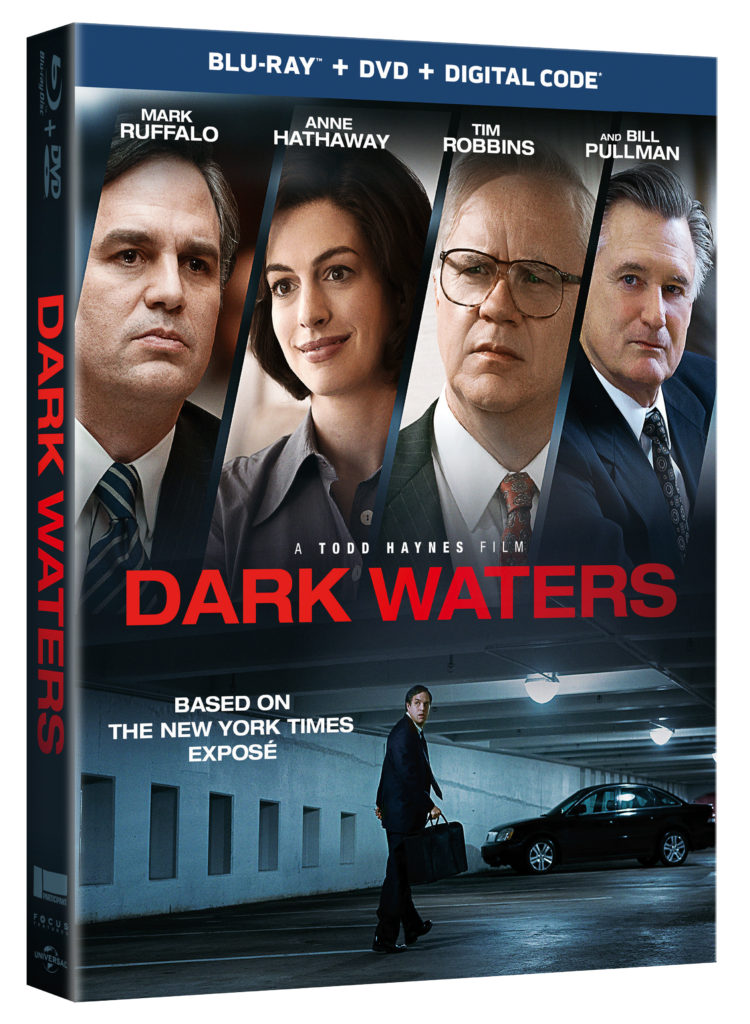 Its funny I really felt the first few minutes of this movie.  I grew up in a small town so we are the same no matter what you grew up to be when a man comes up to you and says your grandma sent me you help them.  It might take a few minutes to realize what you should do but when grandma sends them you help.

This is a small town when a big company buys land and starts dumping Chemicals in the dump cattle start getting sick and dying.  He starts to wonder why and looks into it even though its the company that his company knows.  When he looks into it more he witnesses what is going on and begins to realize there is a cover up.

The Rotten Tomatoes Certified Fresh® DARK WATERS is one of the most important films of the year and stars Academy Award® Nominee Mark Ruffalo (Avengers: End Game, Spotlight), as the tenacious attorney who uncovers a dark secret that connects a growing number of unexplained deaths to one of the world’s largest corporations. In the process, he risks everything – his future, his family, and his own life – to expose the truth. Ruffalo is accompanied by outstanding performances from the critically acclaimed supporting cast including Anne Hathaway (Interstellar, Les Misérables), Tim Robbins (War of the Worlds, The Shawshank Redemption) Bill Pullman (The Equalizer 2, TV’s “The Sinner”) and Bill Camp (12 Years a Slave, Joker) in this gripping thriller. With a script by Mario Correa and Matthew Michael Carnahan (World War Z), based on the New York Times Magazine article “The Lawyer Who Became DuPont’s Worst Nightmare” by Nathaniel Rich, and produced by Ruffalo, Pamela Koffler (One Hour Photo) and Christine Vachon (Carol), with executive producers Jeff Skoll (The Help, Lincoln), Jonathan King (Lincoln), Robert Kessel (Wonder) and Michael Sledd (I, Tonya, The Founder, Dallas Buyers Club), DARK WATERS is a powerful drama-thriller that everyone needs to see.