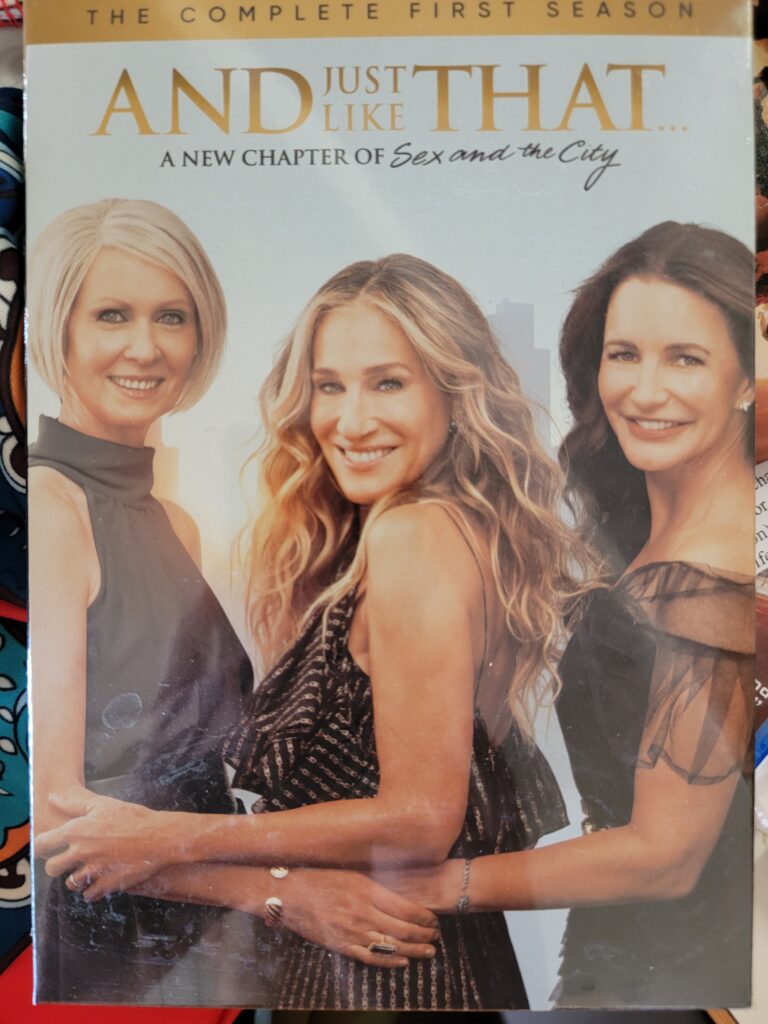 OMG for all my fellow Sex In The City Lovers it is out on DVD and it is amazing.  Of course I have already seen it about 100 times, but I needed the DVD to add to my collection.  This is the most heartbreaking season even and it had me in tears in spots.  At first I did not like how much they focused on the aging of the ladies, but that grew on me once O realized I to am aging and no longer in college. lol

This season has so many twist and turns for all the ladies you will have to watch a few times to catch it all.  They are still in the city still going out (sometimes) and having fun, but we get to see a lot more of their home life. I am so excited for season 2 I hope they hurry and come out with it.

BURBANK, CA (October 12, 2022) – Get set for the highly-anticipated return of Carrie Bradshaw and her stylish, best girlfriends as Warner Bros. Home Entertainment releases the first season of And Just Like That…, the new chapter of the groundbreaking HBO series Sex and the City on DVD December 13, 2022. And Just Like That… The Complete First Season will include all 10 episodes of the show’s first season and is priced to own at $24.98 SRP. The series, which has been renewed for a second season, is also available to own on Digital via purchase from all major digital retailers and is streaming on HBO Max.

And Just Like That… The Complete First Season is available to own on Digital. Digital purchase allows consumers to instantly stream and download to watch anywhere and anytime on their favorite devices. Digital movies and TV shows are available from various digital retailers including Prime Video, Apple TV, Google Play, Vudu and others.