We got the HALLOWEEN ENDS  Collectors edition free in exchange for an honest post.  All opinions our own. 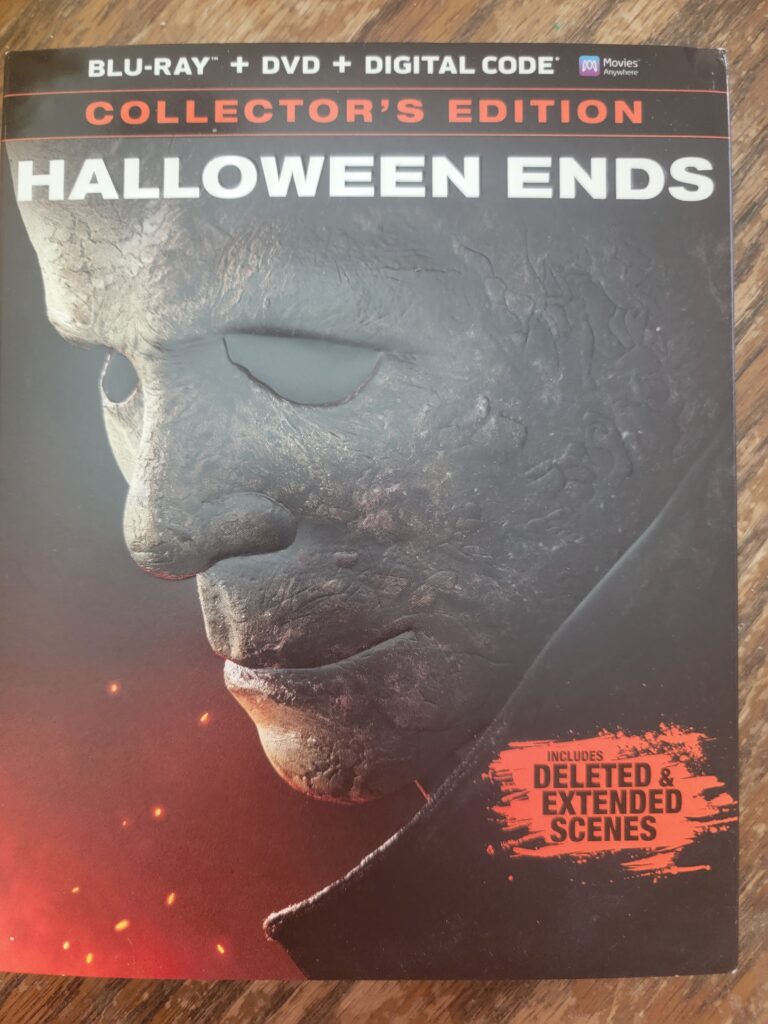 This is said to be the last in the series.  I don’t know if i really believe that.  He always comes back.  I have to admit when they released the one a few years ago and said they were taking away all his kills from the previous years.  I was not happy.  Then they brought back all the O.G charters and I got into it.  If you love horror movies and have not watched this part of the series I say it is a must.