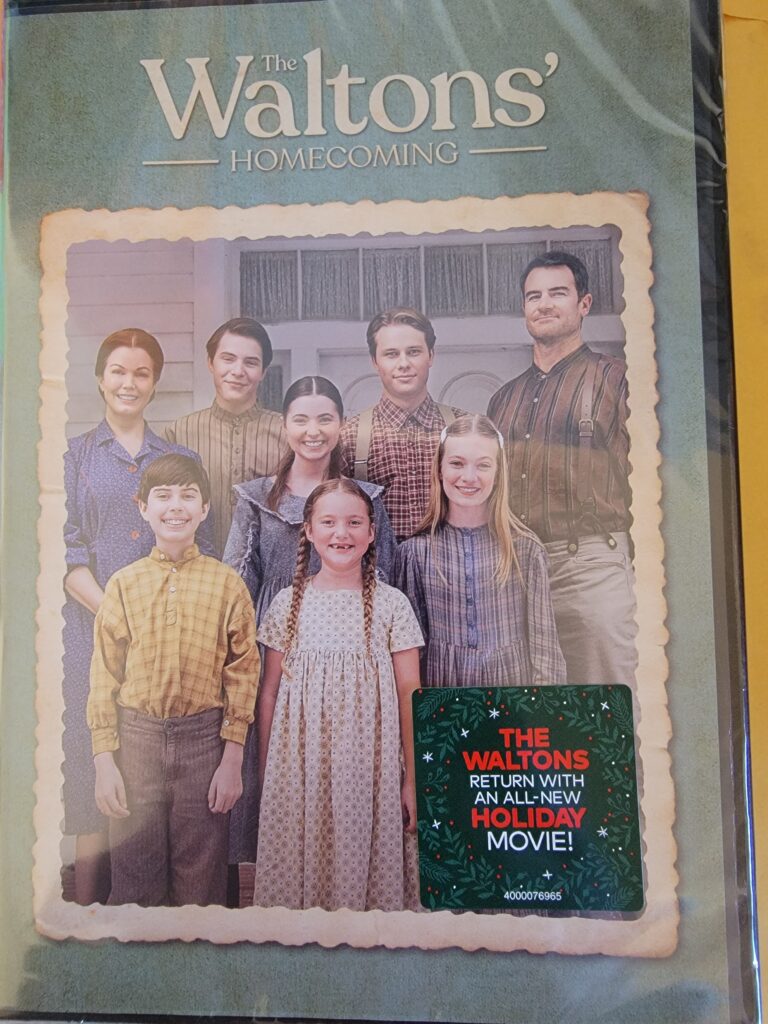 ONE OF THE MOST POIGNANT AND MEMORABLE

I Love when we get to go back in time in movies.  There is so much that we forget about the older says.  Which is funny because for a lot of us our grandparents lived it and we have it so easy. Just like in the movie one there are so many request of us these days.  Everyone has a opinion on what we should do and how we should be doing it.  We forget that one choice one moment can change the way you look at the world and what will become of you.

BURBANK, CA (October 12, 2021) –This holiday season, celebrate one of television’s most beloved family dramas with Warner Bros. Home Entertainment’s release of The Waltons’ Homecoming, available on Digital December 6 and DVD December 14, 2021. The feature-length film commemorating the original holiday film that launched the long-running series The Waltons stars Logan Shroyer (This Is Us) as John Boy Walton, Bellamy Young (Scandal, Prodigal Son) as Olivia Walton, Ben Lawson (Firefly Lane) as John Walton Sr., and Richard Thomas (The Americans, The Waltons) reprises his role as the adult John Boy and narrator. Fans can own the film on Digital and DVD following its broadcast premiere on The CW November 28.  The Waltons’ Homecoming retails for $9.99 SRP on Digital and $19.98 SRP ($24.98 SRP Canada) for the DVD.

The Waltons’ Homecoming is set in the 1933 Depression Era and is told through the eyes of John Boy, the 17-year-old eldest child of John and Olivia Walton. His mother expects John Boy to help her raise his sisters and brothers, and his father expects him to follow in his footsteps to help support the family but secretly, John Boy wants to be a writer. Times are hard enough in 1933, but to make matters worse, it looked to be the Waltons’ first Christmas without John Sr. When Olivia receives a letter that John Sr. is planning to make it home for Christmas after all, the family is thrilled and races to prepare for his homecoming. But when a storm threatens his arrival on Christmas Eve and John Sr. is nowhere to be found, Olivia sends John Boy out into the night to find his daddy – a journey that will change John Boy’s life forever.

The Waltons’ Homecoming will be available to own on Digital on December 6, 2021. Digital purchase allows consumers to instantly stream and download to watch anywhere and anytime on their favorite devices. Digital movies and TV shows are available from various digital retailers including Amazon Video, iTunes, Google Play, Vudu and others.