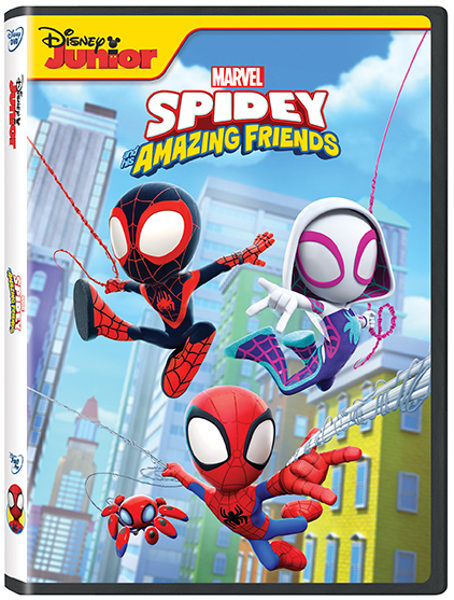 We love every thing Marvel and Spidey.  Little guy was so excited when this showed up Spider-man is his new all time favorite and he went nuts.  I live that this had 1 shorts.  Sometimes it is hard to keep his attention and he could watch a few and take a break and we could watch a few more.
Now On Disney DVD Featuring 11 Action-Packed Bonus Shorts

Synopsis:
“Marvel‘s Spidey and his Amazing Friends” follows the adventures of Peter Parker, Gwen Stacy and Miles Morales as they team up with Hulk, Ms. Marvel and Black Panther to defeat foes like Rhino, Doc Ock and Green Goblin and learn that teamwork is the best way to save the day. Geared towards preschoolers and their families, the Spidey Team models the importance of helping others and highlights themes of friendship, cooperation and problem-solving.