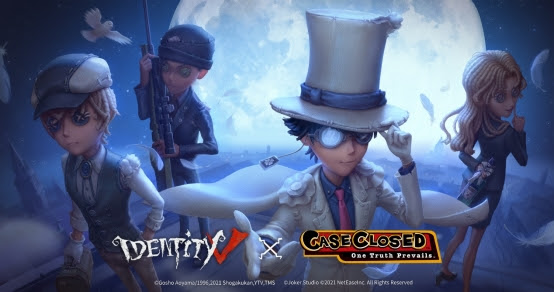 The crossover restarted. A battle of reasoning in the manor.

In the first crossover of Identity Ⅴ x Case Closed, the detectives received an invitation from Oletus Manor to find out the truth. Highlights in the first crossover The Fifth Survivor (Prequel): Lawyer in A Costume “Kogoro Mori”, Air force in A Costume “Ran Mori”, Perfumer in A Costume Shiho Miyano（Ai Haibara）, Forward in A Costume “Heiji Hattori” and Detective in S Costumes, “Shinichi Kudo” and “Conan Edogawa”, all spice up the story. When the second crossover starts, some items from the first one will be available again for a limited period. S Costumes, “Shinichi Kudo” and “Conan Edogawa” will also be available but can only be purchased by echo.

At the same time, the second crossover The Fifth Survivor (The final chapter) are online now. Characters and items that players are familiar with will debut: Seer S Costumes- Kid the Phantom Thief; Embalmer A Costume-Toru Amuro; Mercenary A Costume- Shuichi Akai; Barmaid A Costume-Vermouth and Crossover exclusive accessory, portraits, and exclusive graffiti! Revisit old happy memories and the tension from animation. Even though dangers approach, so does the truth. Are you ready?

Long-waited crossover with drama between characters

With warning letter to remind the target each time, Kid the Phantom Thief dressed in his gorgeous white suit, travels around smoothly, leaving no clue behind but only legend. On the other hand, with owl, Seer can obtain magical perspectives and predictivity. When dressed in S Costumes- Kid the Phantom Thief, will he bring a splendid getaway blowing everyone’s mind? 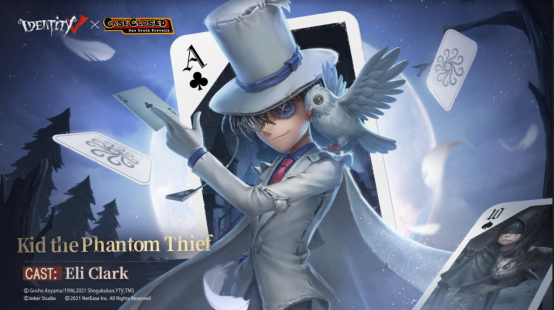 Toru Amuro hides himself in darkness. The Embalmer who works with the dead all day show his respect to the final dignity of each deceased. They both hide tenderness deep down in hearts and work for the beliefs. How will the Embalmer protect his precious when changing into A Costume-Toru Amuro? 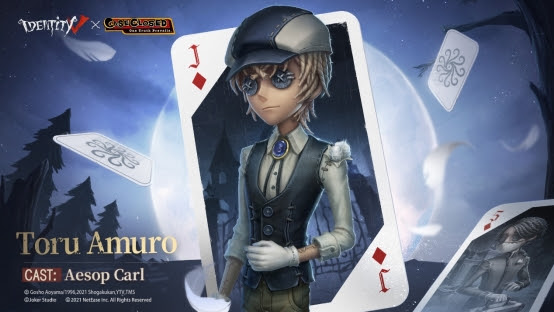 FBI search officer, outstanding sniper, the “silver bullet” known by the Black Organization. Shuichi Akai goes all out to protect important people without any fear. On the other hand, the Mercenary, resolute and brave, confront with the hunter just to protect his teammates and fight in the front line. When the Mercenary dressed in Mercenary A Costume- Shuichi Akai, he will still march on! 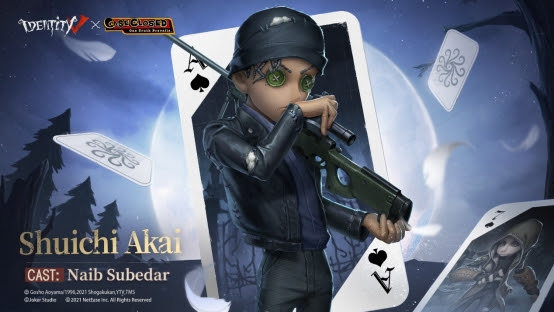 She is a beautiful and famous movie star on the screen and a cold-hearted killer when dressed in black. She is Vermouth. She is unpredictable, mysterious, glamours yet kind. Just like Barmaid’s secret Dolvin that makes people drunk. When dressed in Barmaid A Costume-Vermouth, what other charms will she bring out? 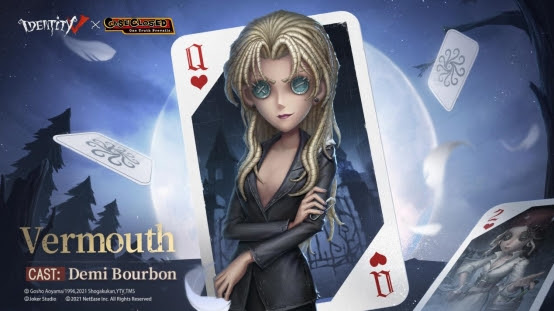 The puzzle is about to be solved. There is only one truth! The Second crossover between Identity Ⅴ, NetEase Games’s first 1V4 Asymmetrical Battle Arena mobile game and Case Closed is online now! Detectives are in position, come and join them to find the answer!