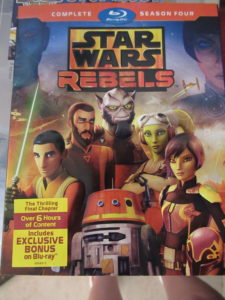 Hello Star Wars lovers.  I heard from so many people that they love Star Wars but hate waiting in between movies.  Well guess what, you don’t have to wait for a new Star Wars adventure in between.  If you have not been watching Star Wars REBELS then you have been missing out.  4 seasons of Star Wars that will be new and fun adventures.  This is the fourth and final season.  If you are missing the Empire and the Rebellion and want a new and fun story line make sure to pick this series up and join in on all the Star Wars fun.  Our family is Star Wars lovers and we loved it.  It is a little weird watching it as a cartoon at first but you get sucked right in and can’t help but binge watch it. 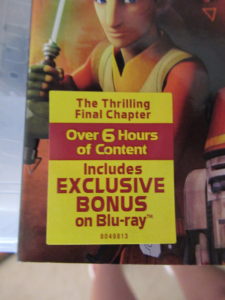 As paths come together, we explore the journey of the Ghost crew with some of the talented people who brought them to life.

Executive Producer Dave Filoni shares insights into the Force and its importance across the Star Wars saga.

Go behind the scenes with composer Kevin Kiner to discover what inspired some of the most iconic music in the series.

Go behind the scenes with the cast and crew in 8 entertaining and information-packed episode recaps!

Go behind the scenes with the cast and crew in 8 entertaining and information-packed episode recaps!

Want even better news all.  One Lucky U.S winner will get a copy of their very own

I got this free in exchange for an honest review.