We got this PAW Patrol: Rubble on the Double free in exchange for an honest review 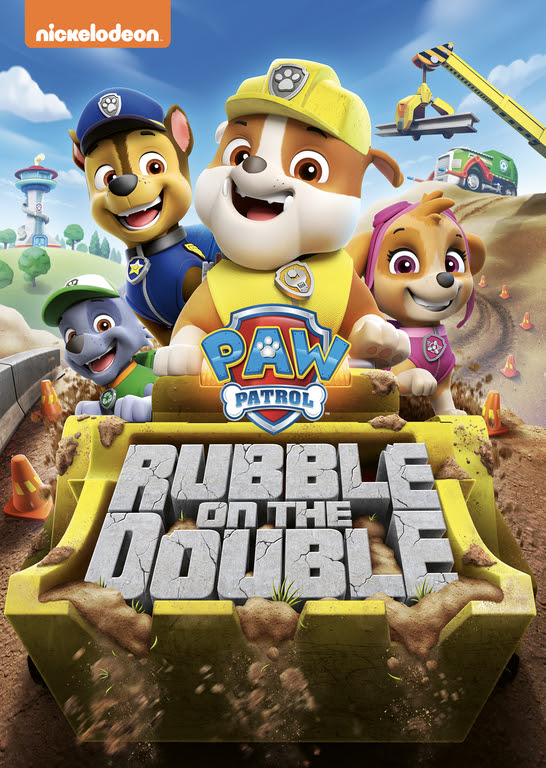 RUBBLE AND THE PAW PATROL ARE READY TO
WRECK-AND-ROLL IN THIS PAW-SOME COLLECTION
OF CONSTRUCTION MISSIONS
PAW PATROL®:
RUBBLE ON THE DOUBLE

LOS ANGELES–December 15, 2020–Get ready to raise the “woof” with Rubble and the rest of the pups in the all-new DVD release, PAW Patrol: Rubble on the Double. Available on January 19, 2021, and featuring nine construction-themed episodes from Nickelodeon’s hit preschool series PAW Patrol(produced by Spin Master Entertainment), the DVD will shine a spotlight on fan-favorite pup Rubble and will even include a flashback of how he became a member of the PAW Patrol. Fans can join the pups for adventures filled with tons of digging, building and fixing, as the PAW Patrol work together to save animals, superheroes, a rock-and-roll show and more.PAW Patrol: Rubble on the Double will be available on DVD from Paramount Home Entertainment and Nickelodeon Home Entertainment on January 19, 2021, for the suggested retail price of $10.99.

PAW Patrol: Rubble on the Double synopsis:
Get ready to raise the “woof” with Rubble and the rest of the PAW Patrol in these nine construction missions! Whether they’re rescuing animals, superheroes, or even a rock-and-roll show, the pups can always build a plan to save the day! Can you dig it?PAW Patrol: Rubble on the Double fast facts:
Street Date: January 19, 2021
Catalog: 59214058000 (US)
Running Time: 1 hr 49 min
Audio: Dolby Digital English 5.1, French Stereo, Spanish Stereo
US Rating: Not Rated
US M.S.R.P.: $10.99

PAW Patrol: Rubble on the Double

All entries will be verified—only one entrant per mailing address per giveaway. If you have won the same prize on another blog, you will not be eligible to win it again. Any person who has won a prize (or whose household has won a prize) in any promotion sponsored by the Sponsor in the past thirty (30) days before this contest start date is not eligible to win a prize in this contest. Entrants who have created social accounts purely to enter Competitions or Sweepstakes will not be eligible to win. All social accounts used must be public.

The winners will be chosen randomly and contacted via email. A reply to the winning email is required within 48 hours before a new winner is chosen. Void where prohibited by law. One person entering per household, please. Chatty Patty’s Place and Tabby’s Pantry are not responsible for the shipment of the prizes.