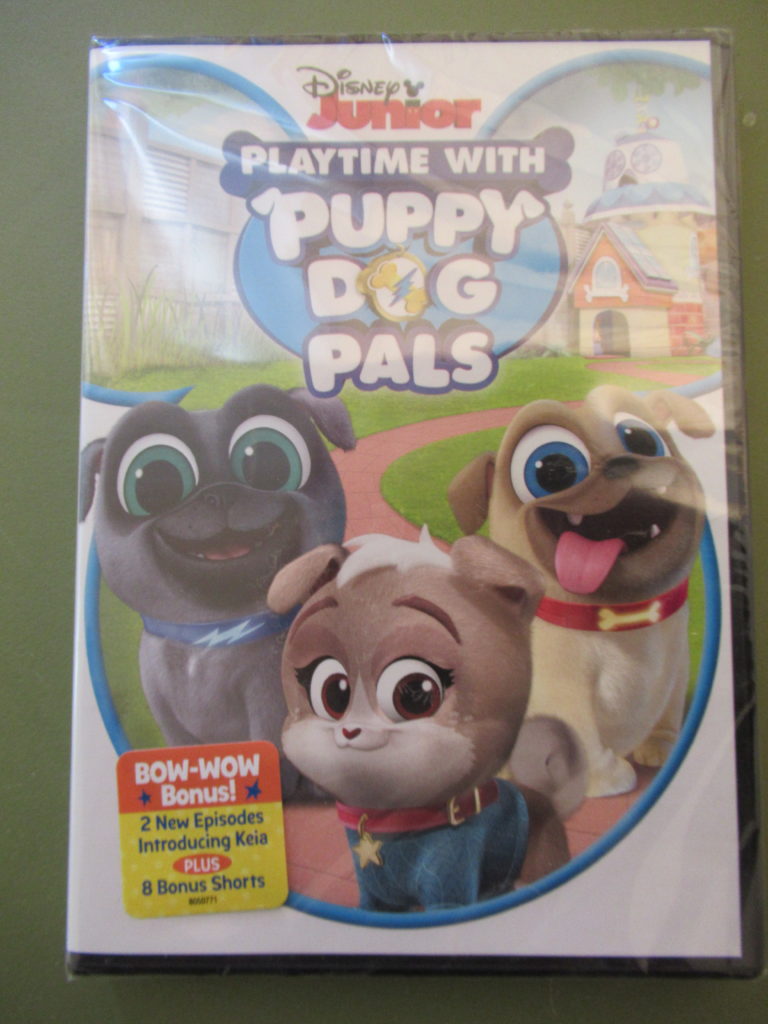 Little guy loves Puppy Dog Pals, He is so excited that a new DVD has hit the shelves. Puppy dog pals is a great kids movie Bingo, Rolly and of course Hissy are a favorite in our home.  The two dogs are always getting in so much trouble and learning lessons along the way.  I personally think Hissy is an instigator but of course in our home the cat is always the instigator. If you are looking for a great show for your kids that you can feel good about them watching then Puppy Dog Pals is a must.

Puppies at Play, Saving the Day!

Synopsis:                      Adorable puppy brothers Bingo and Rolly are back! Join the doggy duo on amazing missions: deep-sea diving in the Great Barrier Reef, fetching a four-leaf clover in Ireland, running all over Down Under, and much more! Then, meet their brand-new puppy pal Keia in two exciting bonus episodes! Packed with action, music and a ton of silly fun, these playtime adventures will leave you howling with laughter!

The Legend of Ol’ Snapper / Adventures in Puppy-Sitting

A New Pup in Town / The Last Pup-icorn

We got the Puppy dog pals dvd free in exchange for an honest review.