We got the Digital download free in exchange or an honest review.  All opinions are our own. 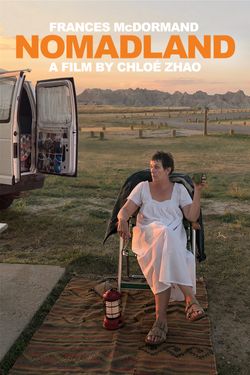 There are many adventures in our life.  Some we plan for and others that we never knew were coming. Sometimes the ones we never knew were coming turn out to be the best of our life.   This is a story about one lady (Fern)  who lost everything, while trying to make the best of it she runs into a few even harder times. She becomes a nomad traveling for work in her van and happen across a group that becomes great friends to her.  They are helping her learn the ways and in return she ends up helping a few herself.  This is a story about how something bad can turn into something good if you just keep going and trying.

Searchlight Pictures and Chloé Zhao’s “Nomadland,” an exploration of modern-day van dwelling life on the road starring Frances McDormand, will be available on digital April 13 and Blu-ray™ April 27.

After premiering at the Venice Film Festival in September, “Nomadland” won the Golden Lion. It then went on to win the People’s Choice Award at the Toronto International Film Festival, making it the first film to ever win the top prize at both festivals. Certified-Fresh™ on Rotten Tomatoes®, “Nomadland” continues to receive high acclaim from critics and fans alike. The film was recently awarded Critics Choice Awards for Best Picture, Best Director, Best Adapted Screenplay and Best Cinematography. And Frances McDormand is nominated for a Screen Actors Guild Award for Outstanding Performance by a Female Actor in a Leading Role.

Add “Nomadland” to your Movies Anywhere collection April 13 and buy it on Blu-ray™ April 27.

Synopsis: Following the economic collapse of a town in rural Nevada, Fern (Frances McDormand) packs her van and explores an unconventional life in the vast landscape of the American West. Along the way, she forms unbreakable bonds with other nomads in this powerfully moving story of hope and resilience from director Chloé Zhao, based on the book by Jessica Bruder, also starring David Strathairn.