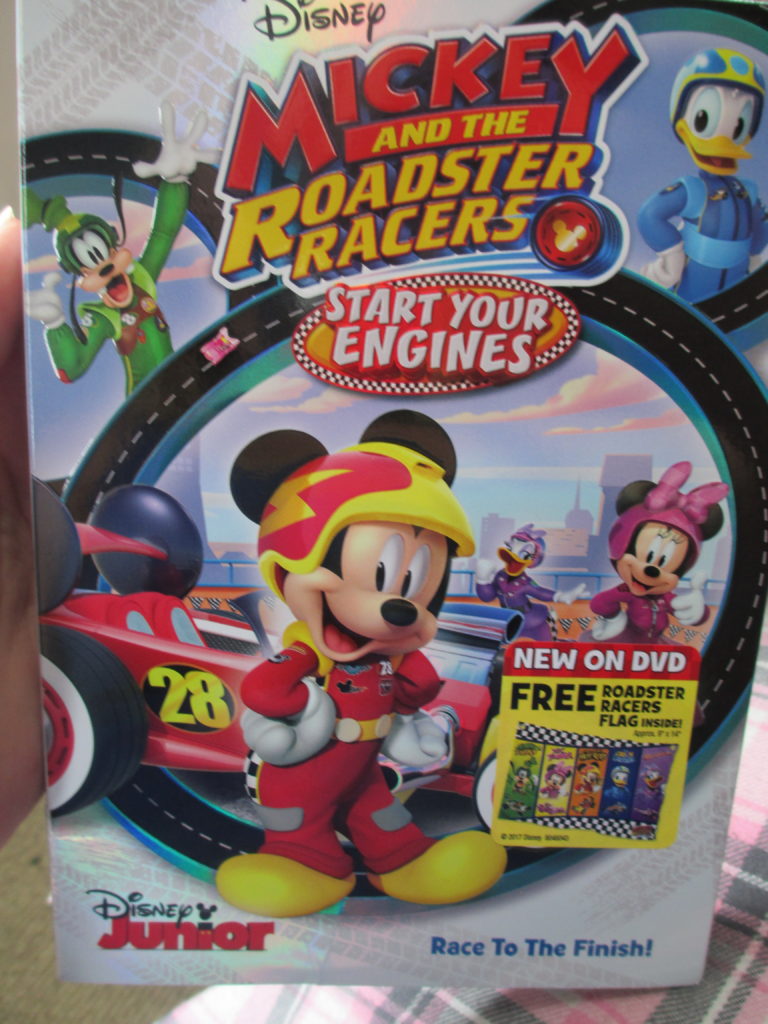 Do you have a Mickey fan in the house?  If so get ready for a great new Mickey show Mickey and the Roadster Racers.   This great DVD has 6 episodes and a fun bonus episode for your kids to watch. The animation in this film was fantastic.  We had a blast watching mickey and his friends.  As a mom of a special needs kid who loves Micky and cars this was a must have for our house.  Disney Junior hit it out of the park with this collection.  I love that I can put this in and have a few mommy moments and my son is watching a cute cartoon that I can trust. 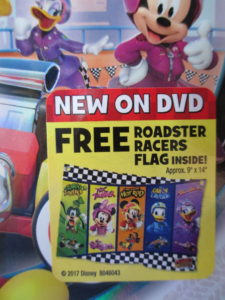 Mickey and the Roadster Racers are back and cruising full speed towards fun adventures around the globe! MICKEY AND THE ROADSTER RACERS: START YOUR ENGINES will be zooming towards its Disney DVD debut on August 15th, and you will want to keep up with Mickey, Minnie, Donald, Daisy and Goofy! Join Mickey and the Roadster Racers for the ride as they encounter the world’s best spy, compete in a hot-air balloon race, and even help the Queen with her stolen Royal Ruby! At the heart of MICKEY AND THE ROADSTER RACERS: START YOUR ENGINES is friendship, teamwork, and exciting adventures that will make you want to be a part of the gang! 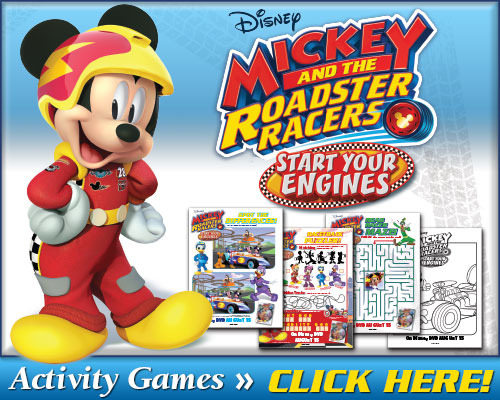 Mickey and His Pals Hit the Road in their Transforming Roadsters
Racing Around the Town of Hot Dog Hills AND Around the World!

MICKEY AND THE ROADSTER RACERS:

Synopsis: Mickey and the Roadster Racers are back with more fast-paced adventures on wheels!

Join your favorite characters – Mickey, Minnie, Donald, Daisy and Goofy  – and their high-speed transforming Roadsters as they compete in thrilling races stretching from Hot Dog Hills to Hawaii…and all the way to London, England!  You’ll meet the world’s greatest spy, zoom through the skies in a revved up hot-air balloon race, and even return the Queen’s stolen Royal Ruby!  It’s all about great friendship, teamwork, a little competition and humorous high-spirited adventures!