We got  LYLE, LYLE, CROCODILE free in exchange for an honest post all opinions are our own 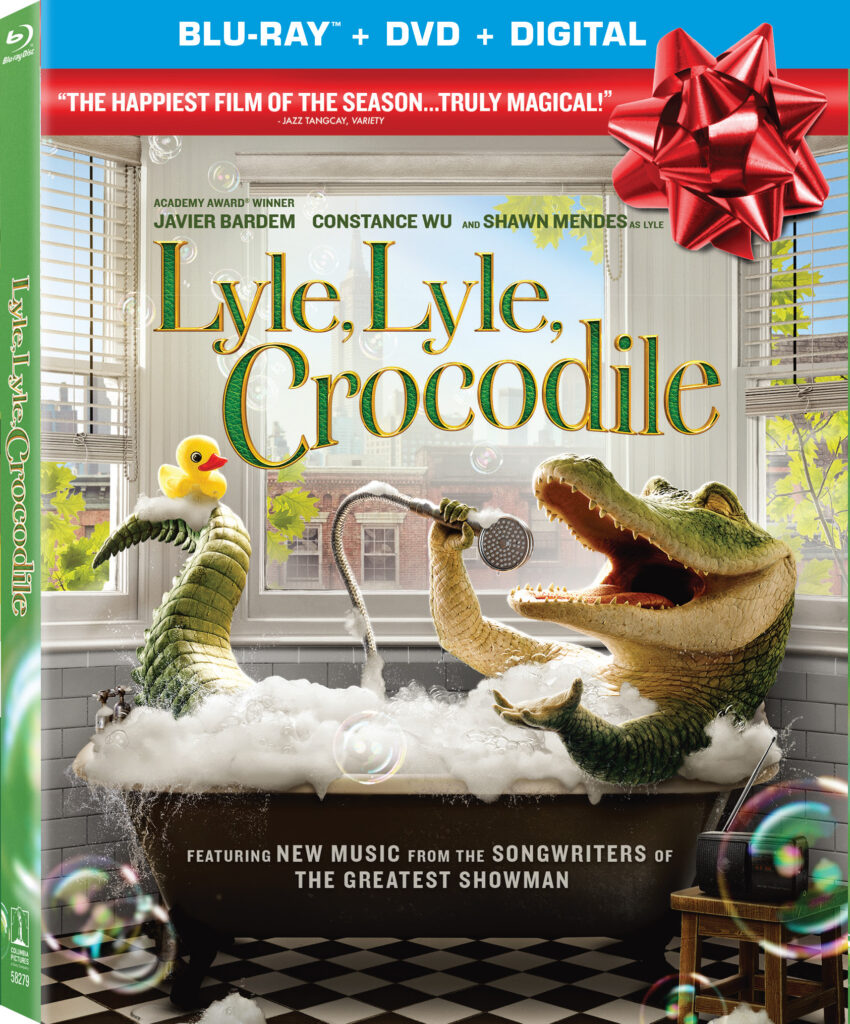 If you have a movie lover in the family then LYLE, LYLE, CROCODILE is going to be on their Christmas list.  This is such a fun and cute movie for the whole family.  I would be so excited to move into a house with a friendly talking crocodile.  We would have so many awesome adventure just like they do in the movie.

SYNOPSIS:
When the Primm family moves to New York City, their young son Josh struggles to adapt to his new school and new friends. All of that changes when he discovers Lyle – a singing crocodile who loves baths, caviar and great music – living in the attic of his new home. The two become fast friends, but when Lyle’s existence is threatened by evil neighbor Mr. Grumps, the Primm’s must band together with Lyle’s charismatic owner, Hector P. Valenti, to show the world that family can come from the most unexpected places and there’s nothing wrong with a big singing crocodile with an even bigger personality.
4K Ultra HD™, BLU-RAY™, AND DIGITAL BONUS MATERIALS
DVD BONUS MATERIALS
Share on FacebookShare on Twitter