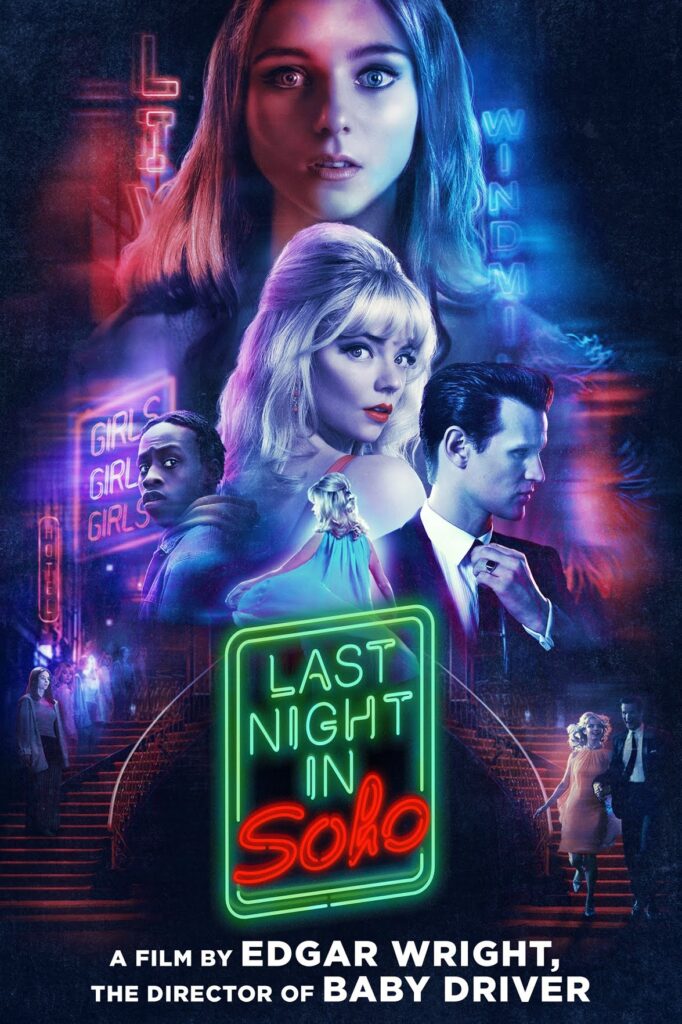 Universal City, California, December 28, 2021 – From the acclaimed director of fan-favorites such as Baby Driver, Shaun of the Dead and The World’s End comes the “mesmerizing and ultra-stylish” (US Weekly) tribute to 1960s London, LAST NIGHT IN SOHO, available to own for the first time on Digital January 4, 2022 and 4K Ultra HD, Blu-rayTM and DVD January 18, 2022 from Universal Pictures Home Entertainment. “A stunning achievement of filmmaking” (LA Times), LAST NIGHT IN SOHO is filled to the brim with thrills, suspense and a love of classic film and music in every frame. Own the cinematic masterpiece for the first time, alongside exclusive bonus content, including never-before-seen deleted scenes, behind-the-scenes content and feature commentaries exploring the intoxicating nostalgia, flair and suspense.

In Edgar Wright’s psychological thriller, Eloise (Thomasin McKenzie, Jojo Rabbit, Old), an aspiring fashion designer, is mysteriously able to enter the 1960s, where she encounters a dazzling wannabe singer, Sandie (Anya Taylor-Joy, Emma, “The Queen’s Gambit”). But the glamour is not all it appears to be, and the dreams of the past start to crack and splinter into something far darker.

The “seductive and sophisticated” (NY Times) masterpiece is directed by Edgar Wright, and stars Thomasin McKenzie, Anya Taylor-Joy, Matt Smith (The Crown, Doctor Who) and Michael Ajao (Attack the Block, Silent Witness). The film is co-written by Edgar Wright and Krysty Wilson-Cairns (1917).

**available on 4K, BD and Digital only