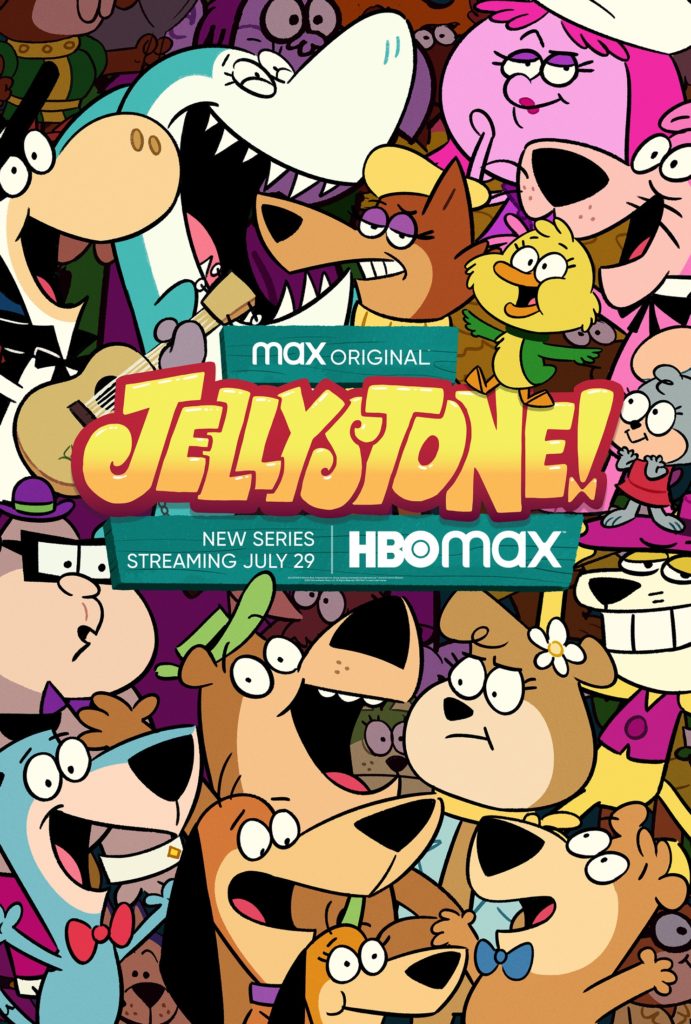 Is anyone else as excited as I am for Jellystone.  I watched this cartoon every chance I could get as a kid, now my son can watch the new one with me.

Jellystone! news with you revealing the official key art for the upcoming HBO Max animated series. The family animated comedy from C.H. Greenblatt (Chowder, Harvey Beaks) and Warner Bros. Animation brings Hanna-Barbera into the streaming age and welcomes Yogi Bear and many other iconic characters back to television after a 30-yr hiatus. The show follows a huge ensemble cast of iconic characters as they live, work and play together in the town of Jellystone. Season one premieres Thursday, July 29 on HBO Max and fans will get a sneak peek at the new series at Comic-Con@Home on Saturday, July 24.