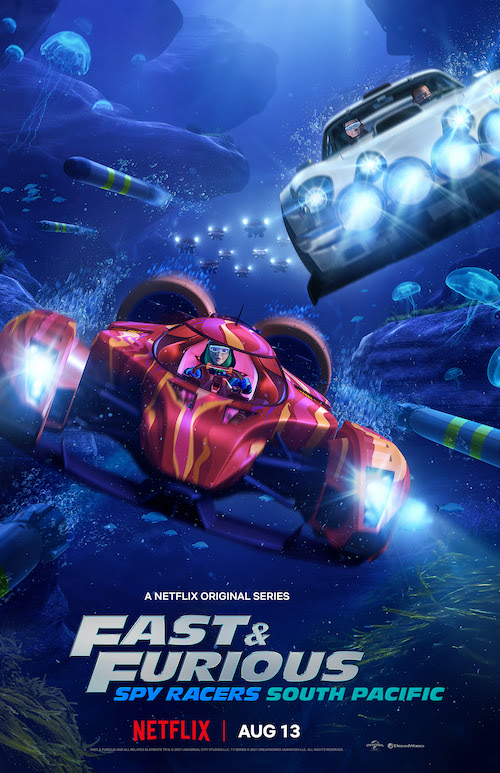 From Universal and DreamWorks Animation, the season five trailer for the hit Netflix series Fast & Furious: Spy Racers follows the crew on a world saving mission in the South Pacific. Check out the trailer for season 5 below!

It’s a race against time as the Spy Racers rush to rescue a kidnapped Tony only to discover that he has inexplicably lost the ability to do what he loves most – drive! The crew bands together on a mission traversing land, air and sea in the South Pacific to foil the dreaded arms dealer Sudarikov’s dangerous plans. But will Sudarikov’s secret weapon prove too powerful for the Spy Racers and ultimately succeed in endangering the world?