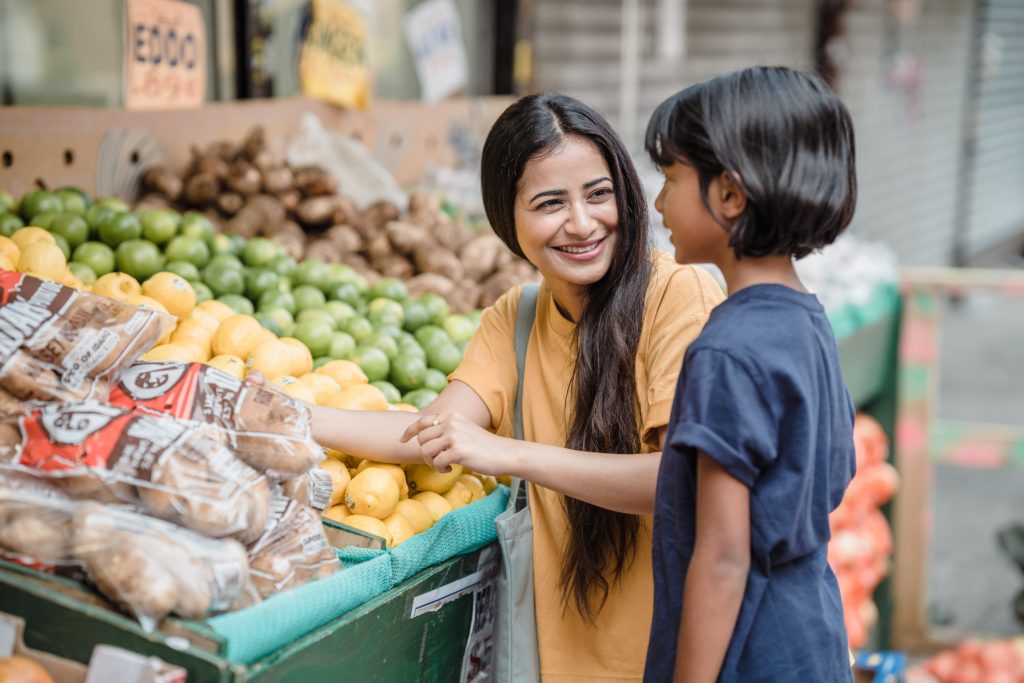 We all want our children to be healthy, and there comes a time when we inevitably start to peddle the same phrases that our parents did when it comes to eating our greens: “eat up, it’s good for you,” it will make you big and strong,” and so on. But the reality is that children don’t listen to these things because they don’t feel they need to be stronger because they are in the prime of their lives!

It’s so hard to give them that foundation of being healthy so they will be stronger and healthier later in life. This means that we’ve got to incorporate subtle strategies and slowly introduce the concept of healthy eating to our children. So, what can we do to help them in the long run?

Of course, the biggest problem many of us have is thinking that we want our children to be healthy so, one day, we pile a whole plate of greens in front of them, but this is going to be a shock to the system, and they will probably turn their nose up at it. Instead, you have to start small.

It’s vital to remember that any little thing you put into their food or in front of them is going to benefit. We don’t have to start large, in fact, we can start smaller than just putting greens on the side. Some of the best herbs for good health can easily be put into a meal like spaghetti bolognese or curry.

When we start small, this is going to help them get used to the idea of eating healthier, but it also doesn’t pile the pressure upon us. We can think that it’s better to completely overhaul their dinner plates one day, but this makes the problem even bigger.

Children are suspicious of new things, and this understandably includes healthy foods. One of the best things you can do is to introduce a combination of new foods with options your child already likes.

When they are forming their preferred tastes, you can introduce them to a variety of foods, which can reduce the likelihood of them being picky eaters, but what if you start to put something new on their plates, which makes approximately 15% of their meal, while the rest is stuffy already know, it’s not going to be a shock to the system.

But you also have to think that the new item may need to work in combination with the food they already like. For example, something like broccoli can easily be stirred into mac and cheese, and they will not notice the taste because the cheese is so strong.

The battle of getting your children to eat healthier is as much a psychological one as it is a health-oriented one. Sometimes, we’ve got to find ways to sneak healthy things into their diet. A very good example is to make sauces that are full of vegetables.

While blitzing up fruit can release a lot more sugars, this is not the same when it comes to blending vegetables. So you can make them into a thin sauce that you can flavor up with herbs and spices, and it can be something that they have as a pasta sauce, or as something they use as a dipping sauce.

If they are big fans of ketchup, you can make your own natural ketchup, and put as many vegetables in it as possible without compromising the taste. This is very much trial and error, but if you can create a sauce that has lots of vegetables, you can rest easy knowing that this is at least one good thing they are having in their diet.

Nobody likes to be forced to do something, and at the kitchen table, if you are offering the choice between celery or apples with peanut butter, it may not seem like much of a difference, but you are giving them the autonomy they need, while you are still able to remain in control of their nutrition.

If you can make it their idea to try something new, they’re more likely to give it a go. And if they try to outsmart you, this is where you have to incorporate guidelines. For example, every meal will have to include one serving of carbohydrates, one serving of protein, and three servings of vegetables.

You can then go one step further and let them make their own plates. When you start to give your child more autonomy and help them come up with ideas for foods, they are more likely to give it a go.

To go one step further, if they are old enough, you can get them involved in cooking it. Because if they work hard on something, they are more likely to give it a go. Because if you do everything for them it’s far easier for them to turn their nose up at it.

Do Not Force It

We don’t want them to feel stressed every time they are eating. Having choices are so important to encourage a healthy way of life. We have to remember that, even though we are trying to get them to eat healthier, we can’t expect them to like everything we put on their plates. You have to remember that their taste buds change over time. And we have to keep trying.

When you offer foods in different varieties, with different seasonings, different sauces, you have to figure out the best way to encourage your child. And also, you have to remember that you should lead by example.

If you are trying to take control of your health you’ve got to remember the impact you have on your child’s mindset and attitudes towards food. This means you all have to eat the same thing at the dinner table, and remember that it’s about being healthy yourself. Because if you tell children that they need to eat healthily but you are not, it’s not going to be a surprise when they battle you at the dinner table.