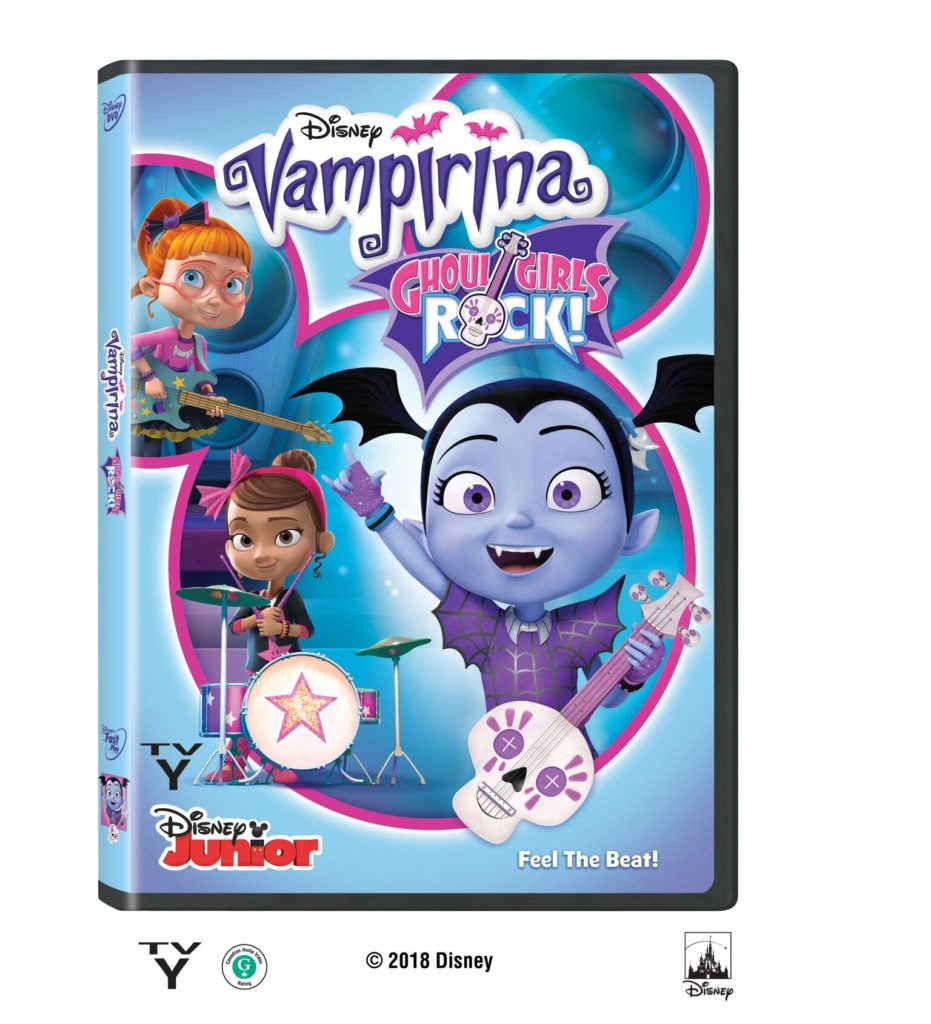 As you all know we love a great Disney show.  About 2 weeks ago I went to visit my sister and had not seen Vampirina yet.  My nephew put on Vampirina and we were sucked in.  I got to see it from episode one me and little loved every episode.   Now the fun can continue at our house any time we want.  No worries about a bunch of episodes tapped on the DVR we have some great episodes here on DVD.

Vampirina is a young girl living with her fellow monster parents trying to fit in and living in the normal person world.  Her best friend is human and knows her secret .  They work together to keep their secret and have some fun.

Rock Out with Vampirina and The Ghoul Girls!

Synopsis:                      Follow Vampirina and her two best friends, Poppy and Bridget, as they take the stage and start their very own band: the Ghoul Girls!  Cheer them on as they travel to Transylvania for their first-ever talent competition and go on many more awesome adventures! Amped with six music-filled episodes, plus seven bonus animated shorts, Vampirina: Ghoul Girls Rock! soars to fang-tastic new heights as Vee and her friends learn how to find their inner ghoul and rock out!

Oldie But a Ghouldie / Beast in Show

Everybody Scream, Everybody Howl

We got this free in exchange for an honest review.