We got the BLU-RAY Digital code package free in exchange for an honest review.  All opinions are our own 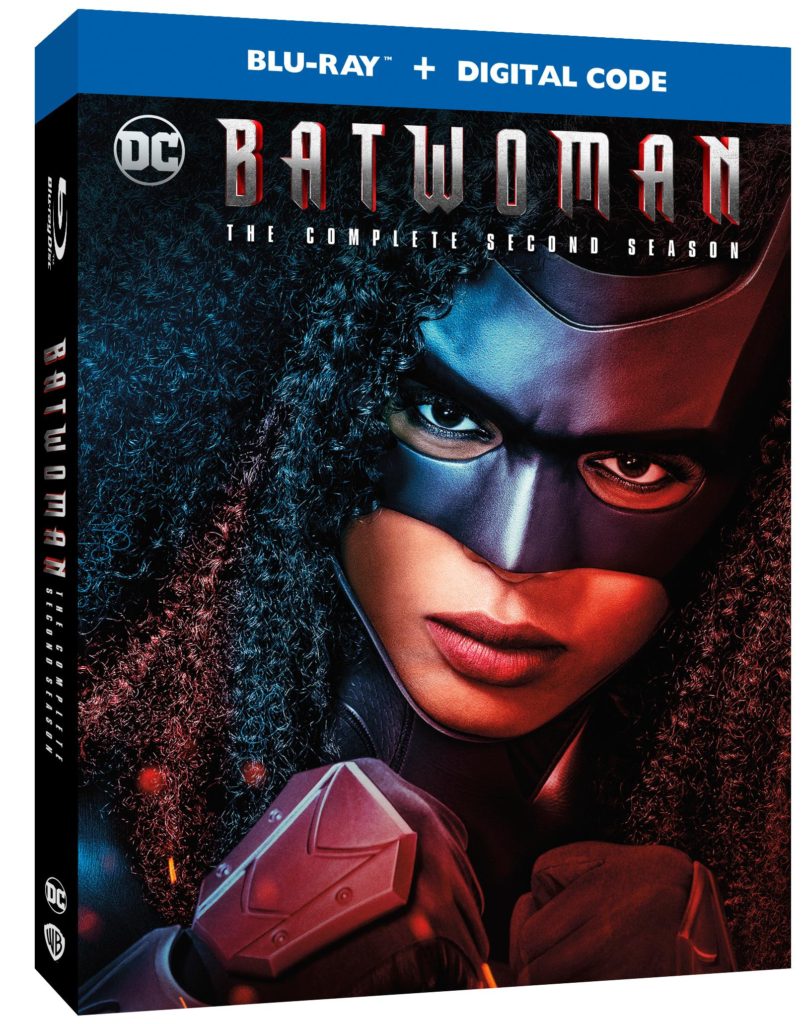 The second season is out and I am ready.  I missed most of the second season due to a DVR that needed to be replaced.  Now I can catch up on one of my new favorite series.  I love the Dc comic series they have been coming out with and I love when they have a cross over.  Its a great way to get to know all the new charters.   In this season we are still holding out hope that our hero is ok.  When the bat shows back up many think she is back but is it really her?  Is it someone else and will they be able to handle the pressure of the bat suite?  Make sure to catch up on the new series with the Blu-Ray and digital code pack.

BATWOMAN:
THE COMPLETE SECOND SEASON
Contains All 18 Exhilarating Episodes from the Second Season,
Plus All-New Special Features!
Available on Blu-ray™ & DVD September 21, 2021
BURBANK, CA (June 23, 2021) – Watch as Javicia Leslie takes on the mantle of DC Super Hero Batwoman, when Batwoman: The Complete Second Season arrives on Blu-ray and DVD on September 21, 2021 from Warner Bros. Home Entertainment. Strap yourself in for a thrilling ride with all 18 episodes from the second season, plus never-before-seen bonus content including deleted scenes and a gag reel. Batwoman: The Complete Second Season is priced to own at $39.99 SRP for the DVD ($44.98 in Canada) and $44.98 SRP for the Blu-ray ($49.99 in Canada), which includes a Digital Copy (U.S. only). Batwoman: The Complete Second Season is also available to own on Digital via purchase from digital retailers, and to stream on HBO Max starting July 27, 2021.
At the end of the first season, Crows Commander Kane (Dougray Scott) has declared war on Batwoman, forcing everyone around them to choose sides. Season two kicks off with a major game-changer that alters Gotham City and The Bat Team forever. A new hero emerges from the shadows. Relatable, messy, loyal, and a little goofy, Ryan Wilder (Leslie) couldn’t be more different than the woman who wore the Batsuit before her, billionaire Kate Kane. Living in her van, Ryan has been made to feel trapped and powerless by the system her whole life and believes the Batsuit is the key to breaking out of it. But what she’ll come to discover is that it’s not the suit that makes Ryan Wilder powerful, it’s the woman inside of it who finds her destiny in changing Gotham City for good.
With Blu-ray’s unsurpassed picture and sound, Batwoman: The Complete Second Season Blu-ray release will include 1080p Full HD Video with DTS-HD Master Audio for English 5.1. Featuring all 18 episodes from the second season in high definition, as well as a digital code of the season (available in the U.S. only).
Batwoman stars Javicia Leslie (God Friended Me), Rachel Skarsten (Birds of Prey, Reign), Meagan Tandy (unREAL, Teen Wolf), Nicole Kang (You), Camrus Johnson (The Sun Is Also a Star) and Dougray Scott (Departure, Snatch). Based on characters created for DC by Bob Kane with Bill Finger, Batwoman is produced by Berlanti Productions in association with Warner Bros. Television with executive producers Greg Berlanti (Arrow, The Flash, Supergirl), Caroline Dries (The Vampire Diaries, Smallville), Geoff Johns (DC’s Stargirl, The Flash, Titans), Sarah Schechter (Arrow, The Flash, Supergirl), James Stoteraux and Chad Fiveash (Gotham, The Vampire Diaries).
BLU-RAY & DVD FEATURES
18 ONE-HOUR EPISODES
DIGITAL
Batwoman: The Complete Second Season is available to own on Digital. Digital purchase allows consumers to instantly stream and download all episodes to watch anywhere and anytime on their favorite devices. Digital movies and TV shows are available from various digital retailers including Amazon Video, iTunes, Google Play, Vudu and others.
Share on FacebookShare on Twitter