We got the Flash season 7 free in exchange for an honest review. All opinions are my own 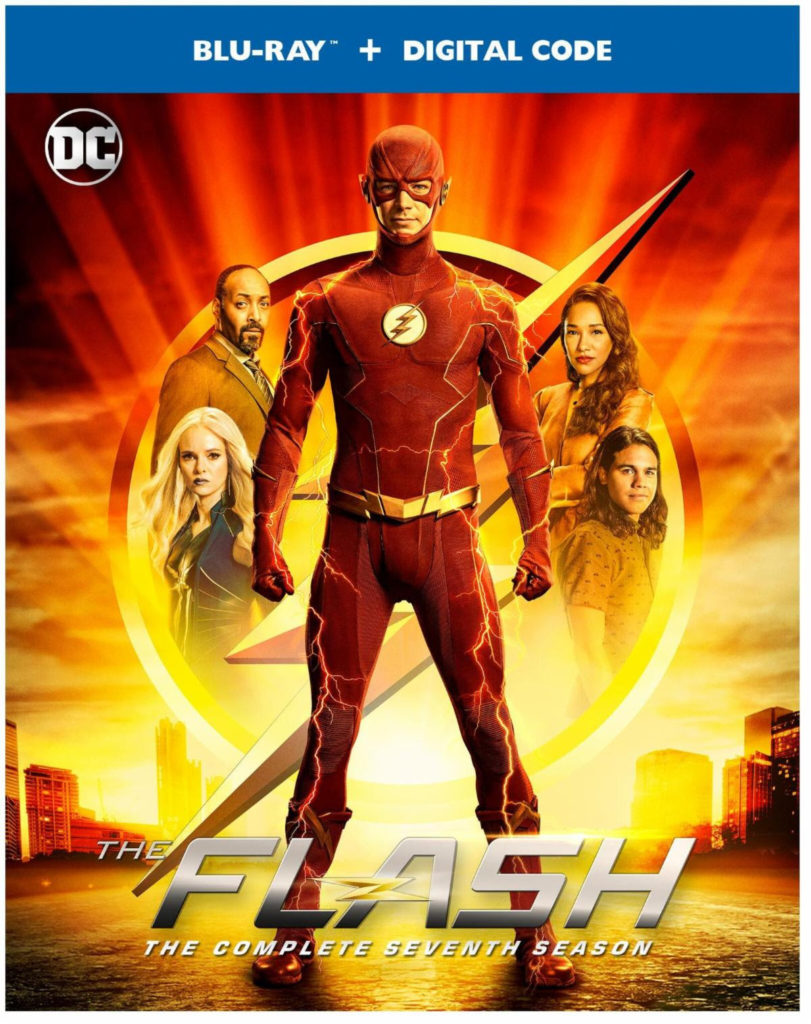 I was so excited to get season 7 of the Flash.  I missed a lot of this season not knowing when it started I was about 5 episodes off.  Anyone who watches the Flash knows a lot happened during those 5 episodes and I had missed way to much to catch up.  I was finally able to catch up and now I am ready for this season.   Flash is one of my favorite super heroes and he is one of the few in the DC universe that I would call a super hero.  With the speed of light he always cares about not only his family and friends, but also everyone else in the universe.

After last season’s cliffhanger which saw the brilliant and powerful Eva McCulloch victorious and still-at-large in Central City, Barry Allen/The Flash must regroup in order to stop her and bring back his missing wife. With help from the rest of Team Flash, Barry will ultimately defeat Mirror Monarch and reunite with Iris West-Allen. But in doing so, he’ll unleash two more devastating threats: one that could tear his marriage apart… and another that will lay siege to Central City and change the future forever.
With Blu-ray’s unsurpassed picture and sound, The Flash: The Complete Seventh Season Blu-ray release will include 1080p Full HD Video with DTS-HD Master Audio for English 5.1. Featuring all 18 episodes from the seventh season in high definition, as well as a digital code of the season (available in the U.S. only).
The Flash stars Grant Gustin (Arrow, Glee), Candice Patton (The Game), Danielle Panabaker (Sky High, Friday the 13th), Carlos Valdes (Arrow, Once), Danielle Nicolet (Central Intelligence), Kayla Compton (Making Moves), Brandon McKnight (The Shape of Water) and Jesse L. Martin (Law & Order). Based on the characters from DC, The Flash is produced by Berlanti Productions in association with Warner Bros. Television, with executive producers Greg Berlanti (Arrow, Supergirl, DC’s Legends of Tomorrow, Riverdale), Eric Wallace (Teen Wolf, Z Nation, Eureka), Sarah Schechter (Batwoman, Riverdale, Black Lightning, Supergirl) and Jonathan Butler & Gabriel Garza (Bella and the Bulldogs).
SPECIAL FEATURES
18 ONE-HOUR EPISODES
DIGITAL
The Flash: The Complete Seventh Season is available to own on Digital. Digital purchase allows consumers to instantly stream and download all episodes to watch anywhere and anytime on their favorite devices. Digital movies and TV shows are available from various digital retailers including Amazon Video, iTunes, Google Play, Vudu and others.
Share on FacebookShare on Twitter