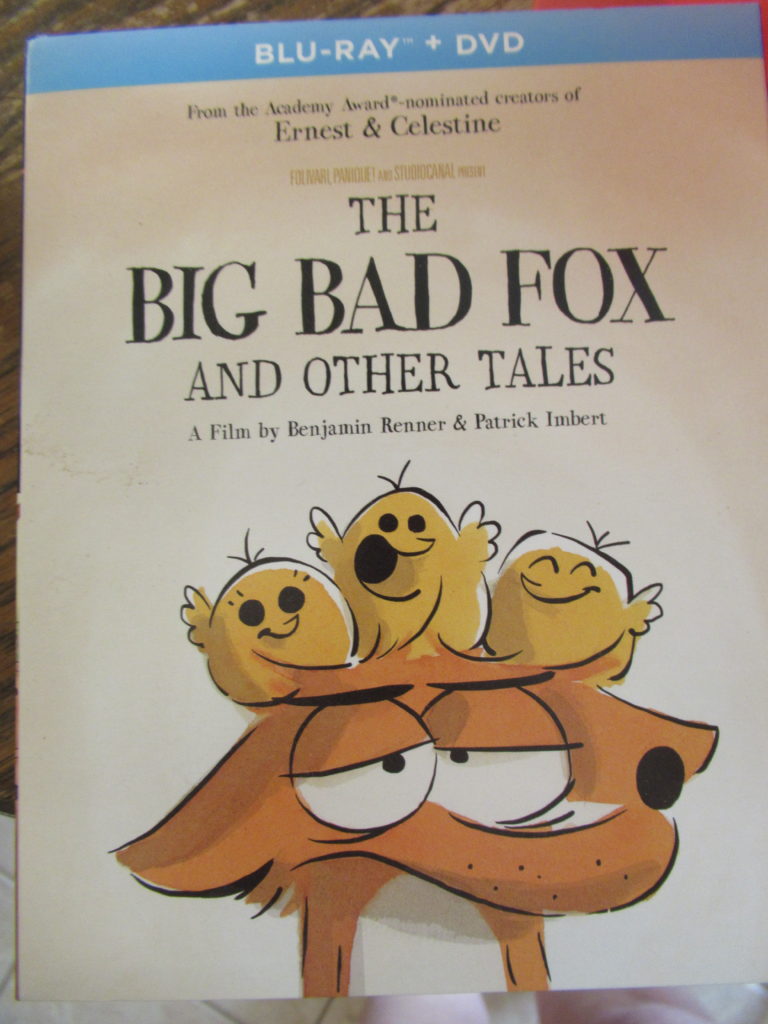 Are you looking for some great Tales for your kids.  I love reading to my kids but there are days that they want tale after tale and I can’t read to them all day.  Now they have come out with a fantastic dvd that will tell your kids family friendly tales that they are going to love.  The Big Bad Fox and Other Tales.

Los Angeles, CA – Who’s afraid of the big bad… fox? The hilarious and delightful animated film The Big Bad Fox and Other Tales will be released on Blu-ray™ and DVD on July 16 by GKIDS and Shout! Factory.
From the creators of the Academy Award®-nominated Ernest & Celestine comes another hilarious heartwarming tale of animal misfits destined to become a classic.
The countryside isn’t always as calm and peaceful as it’s made out to be, and the animals on this farm are particularly agitated: a fox who mothers a family of chicks, a rabbit who plays the stork, and a duck who wants to be Santa Claus. If you think life in the country is a walk in the park, think again! Directors Benjamin Renner and Patrick Imbert adapt Renner’s own acclaimed graphic novel into a delirious, delightful triptych of interlocking stories, with a pacing and visual spontaneity that harkens back to classic Looney Tunes shorts and slapstick two-reelers. But underneath the gags (and there are plenty of them), the three stories offer a sensitive and beautiful portrayal of family, and the anxieties of modern life.
Featuring a host of voices from the world of British comedy, including Bill Bailey, Adrian Edmondson, Justin Edwards, Matthew Goode, Celia Imrie, Phill Jupitus, and Giles New, The Big Bad Fox and Other Tales is sure to delight.
The Big Bad Fox and Other Tales has English and French tracks, and a run time of 81 minutes. Special features include an Interview with the Directors, The Making Of The Big Bad Fox and Other Tales, the Q&A at New York Int’l Children’s Film Festival, an English Dub Featurette, and trailers.
Special Features
·        Interview with the Directors
·        The Making Of The Big Bad Fox and Other Tales
·        Q&A at New York International Children’s Film Festival
·        English Dub Featurette
·
This giveaway is open to the U.S Shout factory will be sending to the winner

The Big Bad Fox and Other Tales DVD

Wee got this free in exchange for an honest review