Offering irresistible fun that the whole family can enjoy, TAD THE LOST EXPLORER AND THE EMERALD TABLET is an action-packed journey around the globe in the spirit of Indiana Jones.  The third film in the Tad franchise, this latest installment became the second highest grossing animated film in Spain this year and the second biggest opening weekend for a Spanish film in 2022.

Get ready to journey across the world with the most ambitious (and clumsiest) adventurer of all time — “Tad” Jones!  When a slight blunder destroys a rare sarcophagus, an ancient spell is unleashed.  Now, Tad must team up with his friends Sara and his ‘oldest pal’ Mummy to race across the far corners of the Earth to stop the curse of the Emerald Tablet before things get really out of hand.

TAD THE LOST EXPLORER AND THE EMERALD TABLET is rated PG for action/peril, rude humor and language. 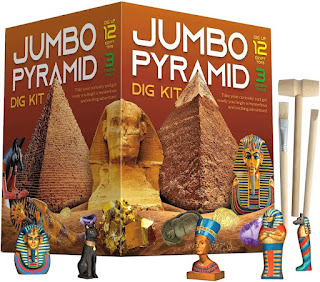 This giveaway is hosted by Chatty Patty’s Place.
All entries will be verified—only one entrant per mailing address per giveaway. Any person who has won a prize (or whose household has won a prize) in any promotion sponsored by the Sponsor in the past thirty (30) days before this contest start date is not eligible to win a prize in this contest. Entrants who have created social accounts purely to enter Competitions or Sweepstakes will not be eligible to win. All social accounts used must be public.

The winner will be chosen randomly and contacted via email. A reply to the winning email is required within 48 hours before a new winner is chosen. Void where prohibited by law. One person entering per household, please.