We got the Smallville Complete series for an honest review.  All opinions are our own. 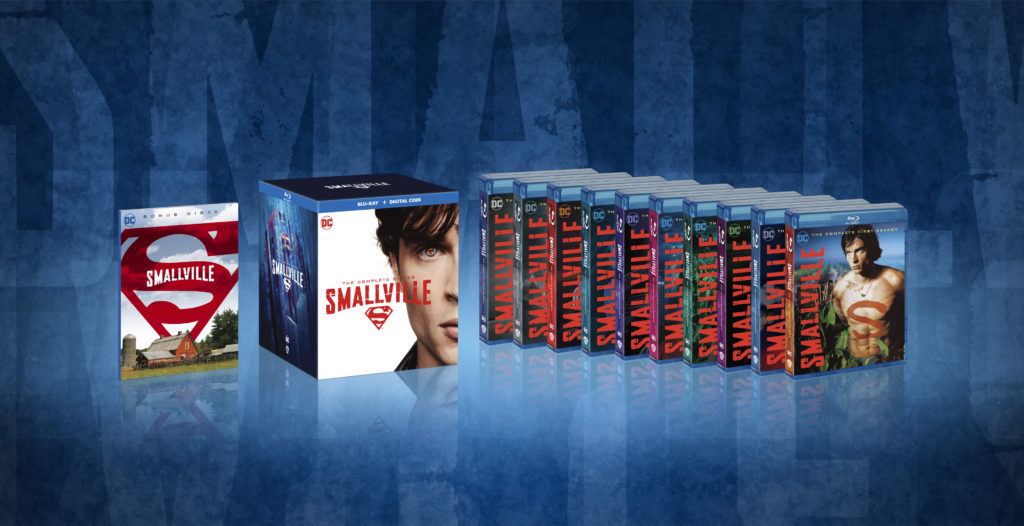 As you all know we LOVE our Tv series I watch so many of them.  If you did not know then HI welcome to our page.  Smallville was one that started when I was in High School and I had a VCR set to tape to make sure I never missed and episode. Now here if the one thing that most of that people that know me would not expect.

I did not watch this series for Clark Kent.  Don’t get me wrong I love him.  But the Lex Luthor in this series was amazing.  This is one of the very few villains that I loved.  He was of course Lex so you knew he was the bad guy, but in this series he had a heart and you felt for him.  It was an amazing charter and very well written.  It takes a lot for me to root for a villain and they did it.

You get to see their start this series starts off in High school so you see a side of the charters that you never really get to see in all the movies.  This is a must see for any superhero Lover.

BURBANK, CA (July 27, 2021) – It’s been 20 years since Clark Kent first arrived in Kansas, and in honor of the 20th Anniversary of the remarkable series, Smallville: The Complete Series 20th Anniversary Edition will soar onto Blu-ray for the first time ever from Warner Bros. Home Entertainment on October 19, 2021. This set for the ultimate fan features all 218 episodes along with over 28 hours of bonus features from all 10 incredible seasons, plus Digital Copy (US Only). Smallville: The Complete Series 20th Anniversary Edition Blu-ray is priced to own at $179.99 SRP ($209.99 in Canada) and will also be available on DVD for $154.99 SRP ($184.99 in Canada).

The groundbreaking, Emmy®-winning 10-season hit that redefined the origins of the world’s greatest super hero is all here – from Krypton refugee Kal-El’s arrival on Earth through his tumultuous teen years to Clark Kent’s final steps toward embracing his destiny as the Man of Steel. Relive a decade’s worth of thrills in fantastic adventures full of action, heart and humor in abundance, all anchored by the marvelous performance of Tom Welling at its center. Savor again the series’ thoughtful and imaginative integration and reinvention of the iconic characters of DC lore. And let your spirits be lifted up, up and away.

MORE THAN 28 HOURS OF BONUS FEATURES

Smallville: The Complete Series is currently available to own on Digital. Digital purchase allows consumers to instantly stream and download to watch anywhere and anytime on their favorite devices. Digital movies and TV shows are available from various digital retailers including Prime Video, Apple TV, Google Play, Vudu and others.