AVAILABLE ON DIGITAL AND DVD 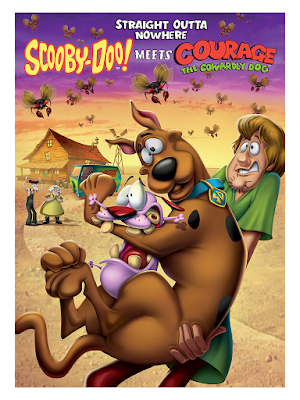 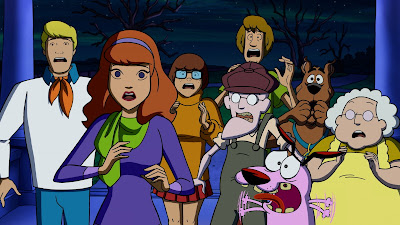 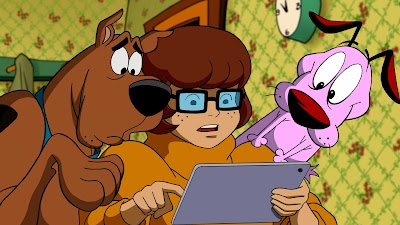 An original animated feature so exciting it’s scratching at the door! Comedy is unleashed when Scooby-Doo, your favorite mystery-solving mutt, teams up for the first time with Courage the Cowardly Dog. The canine colleagues sniff out a strange object in the middle of Nowhere, Kansas, the backwoods hometown of Courage and his owners, Eustace and Muriel Bagge. Soon, the mysterious discovery puts them on the trail of a giant cicada monster and her wacky winged warriors. Fred, Velma, Daphne and Shaggy know that this job is too big for a flyswatter. They’ll need the help of the doggy duo to piece together the puzzle. Can Scooby and Courage overcome their jitters and defeat the insect army before the whole world bugs out? Try not to get scared. We double-dog dare you!

Straight Outta Nowhere: Scooby-Doo Meets Courage the Cowardly Dog will be available to own on Digital on September 14, 2021. Digital purchase allows consumers to instantly stream and download to watch anywhere and anytime on their favorite devices. Digital movies and TV shows are available from various digital retailers including Amazon Video, iTunes, Google Play, Vudu and others.

One winner will each receive Straight Outta Nowhere: Scooby-Doo Meets Courage the Cowardly Dog RV $14.99). See below for terms and conditions. Open to U.S. residents of the 48 contiguous United States. You must be 18 years old to enter to win. This giveaway ends at 11:59 PM EST on 9.30.21

All entries will be verified—only one entrant per mailing address per giveaway. If you have won the same prize on another blog, you will not be eligible to win it again. Any person who has won an award (or whose household has won a prize) in any promotion sponsored by the Sponsor in the thirty (30) days before this contest start date is not eligible to win a prize in this contest. Entrants who have created social accounts purely to enter Competitions or Sweepstakes will not be eligible to win. All social accounts used must be public. The winner will be chosen randomly through Rafflecopter and contacted via email. A reply to the winning email is required within 48 hours before a new winner is chosen. Void where prohibited by law. One person entering per household, please. Chatty Patty’s Place and Tabbys Pantry are not responsible for the shipment of the prize.
Share on FacebookShare on Twitter