“HILARIOUS ANIMATED ADVENTURE AND A SWEET STORY OF FRIENDSHIP” – RogerEbert.com 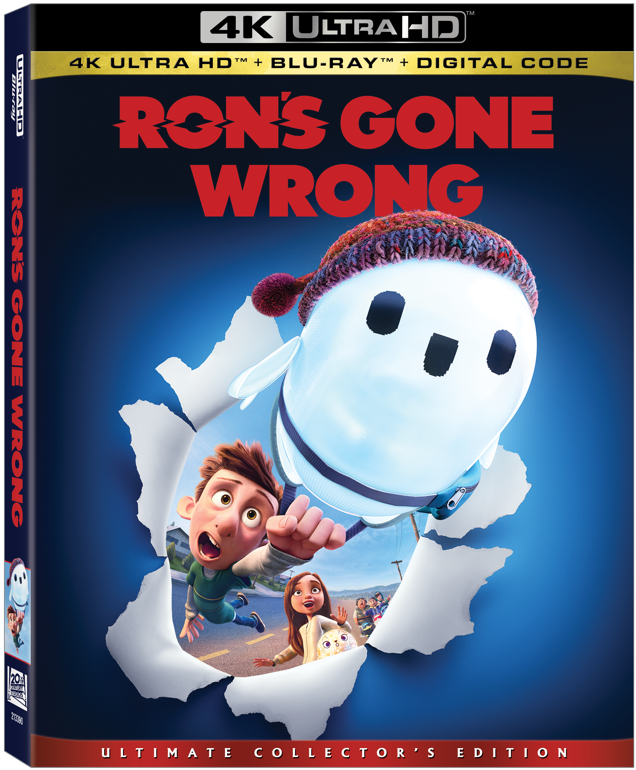 LOS ANGELES, CA (November 17, 2021) – Certified-Fresh on Rotten Tomatoes™, Ron’s Gone Wrong from 20th Century Studios and Locksmith Animation arrives just in time for the holidays on 4K Ultra HD, Blu-ray and DVD December 7 and Digital December 15. Witness the crazy adventures between a B*Bot and his human best friend, as they discover self-acceptance and courage along the way.

Things go hilariously awry when Barney, a socially awkward middle-schooler, receives a malfunctioning, digitally connected device that’s supposed to be his “best friend out of the box.” In this action-packed animated story set against the backdrop of the social media age, a boy and his robot discover the wonderful messiness of true friendship.