Papa’s got themselves a brand-new brand. The popular pizza franchise, Papa John’s, has added a fresh new face to be the spokesperson for their brand. By signing an $8.25 million contract last week, Shaquille O’Neal brings his larger-than-life personality onto Papa’s marketing team. 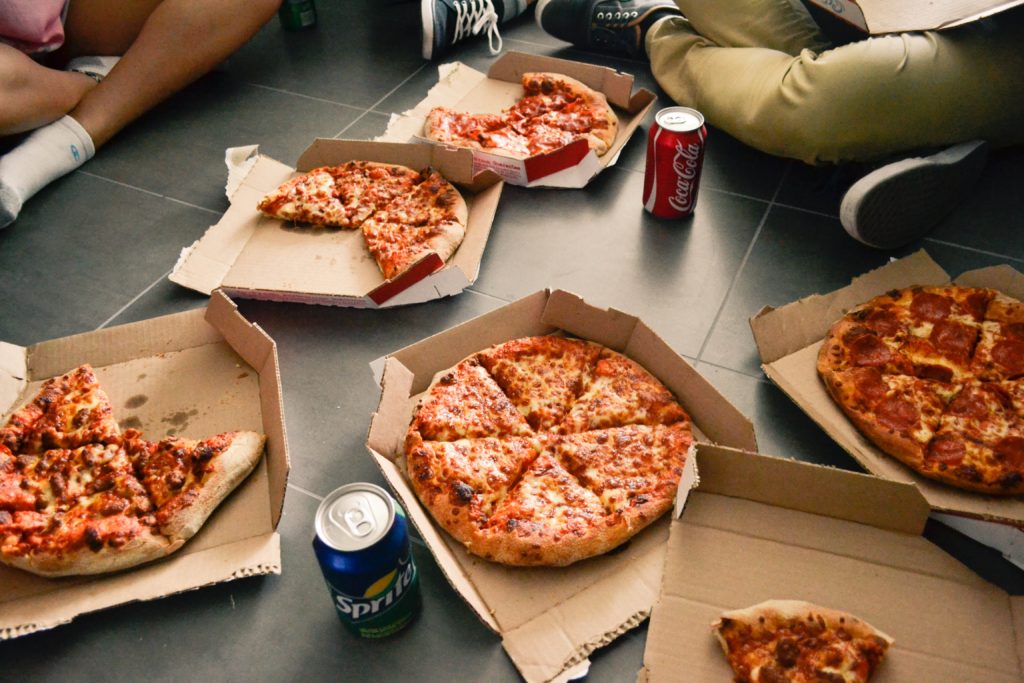 Papa John’s hopes the addition of the seven-foot, 300-pound former NBA legend will help boost their popularity as one of the top-10 pizza chains. The franchise currently sits behind both Pizza Hut and Domino’s, but still hangs onto a spot in nearly every poll.

Many see the move to bring O’Neal on board as an attempt to override bad press that has befallen the company over the last year and a half. The company stock took a nose-dive following multiple problems, including its direct partnership with the National Football League.

O’Neal has reportedly inked a three-year contract to help rebuild the public image of the Louisville-based pizza chain. Papa’s ranks as the third-largest pizza provider in terms of volume, but has waned in popularity against the other big-two pizza behemoths.

Louisville native and company CEO Steve Ritchie hopes the addition of O’Neal will reignite the company’s prosperity, and reverse course on much of the negative publicity that has dogged the pizza giant.

Steve Ritchie could be viewed as the backbone of the pizza chain, part of the company for over 22 years. He climbed his way from his initial position as a customer service rep in 1996 to the highest position on the corporate ladder.

Along with the chairman of the board Jeff Smith, Ritchie envisions O’Neal as the perfect influence for the company. O’Neal brings a lot more to the table than just a famous face. He has a long history in the food business, a Big Chicken restaurant in Las Vegas, plus his own namesake dining establishment in Los Angeles.

The former NBA World Champion will immediately be an investor in nine Atlanta-based Papa’s franchises. O’Neal is a prominent part of the Atlanta business community, owning his own Krispy Kreme Doughnuts franchise.

Both Ritchie and Smith feel O’Neal will be a key component in an ongoing rearranging of the company’s marketing strategy. Part of the strategy will be to make the popular O’Neal available to the public. The company marketing ploy is step beyond televised appearances, making O’Neal available for large-scale public appearances.

Ritchie acknowledges that part of the motivation behind bringing Shaquille onto the team is his celebrity image. However, O’Neal possesses a keen business sense, and will be equally valuable as part of the corporate board.

The company plans to tap O’Neal’s business knowledge, plus mark him as the new face of the company. Papa John’s CEO also quipped that everywhere he goes and every appearance that Shaquille makes, “the pizza will be on the house”.

Papa’s hopes the man NBA voices affectionately refer to as “the Big Aristotle”, will bring that type of insight into rebuilding a corporate image. Injecting over $60 million into their reimaging aspirations, the company feels this short-term pain will help reverse an alarming financial downward spiral.

Though there have been financial growing pains for Papa John’s, many feel these millions of marketing dollars spent on rebranding the company’s image will turn profitable. O’Neal’s world-renowned image has been hired to help do just that. A very big man with very big ideas has joined the Papa family.