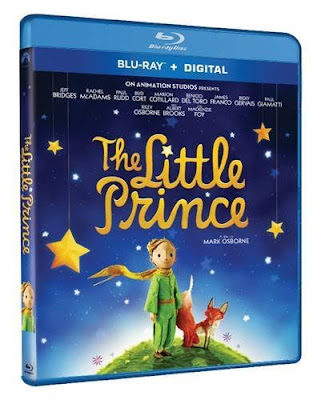 Disclaimer: I was sent a copy of The Little Prince to review from Paramount Home Entertainment.
I remember watching and loving the original as a child and was so excited to see this being brought back to life in a new way. This is such a beautiful adaptation of the original and is so beautifully illustrated.  I truly enjoyed The Little Prince and know you will enjoy it with your family as well.

Own the Visually Stunning Film February 9, 2021 with Making-Of Featurette and Music Video

The beautifully animated adaptation of Antoine de Saint-Exupéry’s timeless story THE LITTLE PRINCE arrives on Blu-ray and DVD for the first time on February 9, 2021 from Paramount Home Entertainment.

“As fragile and beautiful as the beloved rose guarded by the wee fellow of the title” (Kyle Smith,New York Post), THE LITTLE PRINCE tells the classic story of love and humanity in a film that’s filled with “charm and sweetness” (Peter Bradshaw,The Guardian).

THE LITTLE PRINCE Blu-ray and DVD include a 25-minute featurette on the making of the film, as well as a music video for the song “Turnaround” by Camille.  The Blu-ray additionally includes access to a Digital copy of the film.

From the director of Kung Fu Panda comes this critically acclaimed, re-imagined take on Antoine de Saint-Exupéry’s classic story. At its heart is “The Little Girl” (Mackenzie Foy), prepared by her mother (Rachel McAdams) for the very grown-up real-world.  After her eccentric, kind-hearted neighbor, “The Aviator” (Jeff Bridges) introduces her to an extraordinary world where anything is possible, she learns of “The Little Prince” (Riley Osborne). And so begins the magical and emotional journey where one learns, amongst other things, it’s the human connections that matter most. 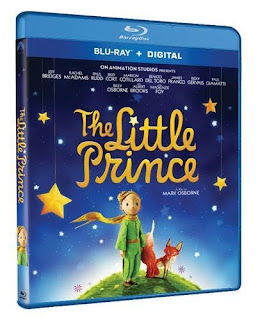 Two winners will receive a copy of The Little Prince on Blu-ray/DVD. (RV $11.99)

See below for terms and conditions. Open to U.S. residents of the 48 contiguous United States. You must be 18 years old to enter to win. This giveaway ends at 11:59 PM EST on 2/22/21
All entries will be verified—only one entrant per mailing address per giveaway. If you have won the same prize on another blog, you will not be eligible to win it again. Any person who has won a prize (or whose household has won a prize) in any promotion sponsored by the Sponsor in the past thirty (30) days before this contest start date is not eligible to win a prize in this contest. Entrants who have created social accounts purely for the purpose of entering Competitions or Sweepstakes will not be eligible to win. All social accounts used must be public.
The winner will be chosen randomly through Rafflecopter and contacted via email. A reply to the winning email is required within 48 hours before a new winner is chosen. Void where prohibited by law. One person entering per household, please. Chatty Patty’s Place and Tabby’s Pantry are not responsible for shipment of prize.
Share on FacebookShare on Twitter