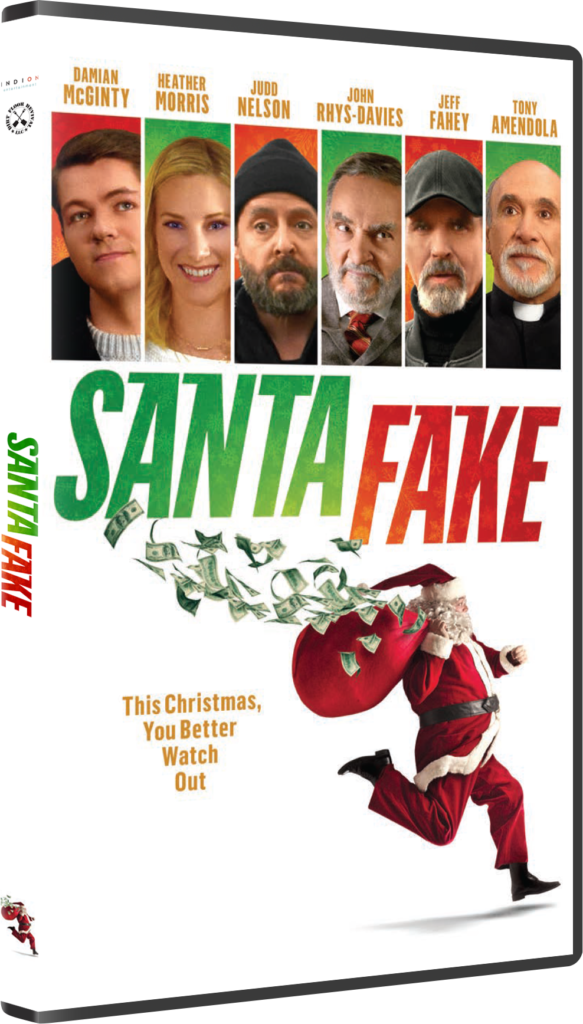 Pat Keeley (Damian McGinty, “Glee;” Celtic Thunder), an undocumented Northern Irish immigrant has made his way to NYC where he is taken in, unwittingly, by a crime boss (John Rhys-Davies). Asked to deliver two mysterious briefcases, naïve Pat in a panic ends up in the wrong destination: Santa Fe, New Mexico.  Santa Fe gives him a home and a job as the shopping mall Santa Claus, allowing him to hide in plain sight from both the authorities and the gangsters he is trying to evade. As Pat gets wrapped up deeper into the spirit of Christmas and his role as Santa Claus, he finds that the phony white beard and big red suit are more than just a handy disguise, but instead his real destiny.

Also on its way in Santa’s sleigh, as companions to the film, are the EP “Songs of SANTA FAKE” by Damian McGinty, “SANTA FAKE: The Movie Soundtrack,” and the children’s picture book: SANTA FAKE: You Are Never Alone at Christmas, which will be available in e-book and print.