We got EUPHORIA: SEASONS 1 & 2 free in exchange for an honest review.  All opinions are our own 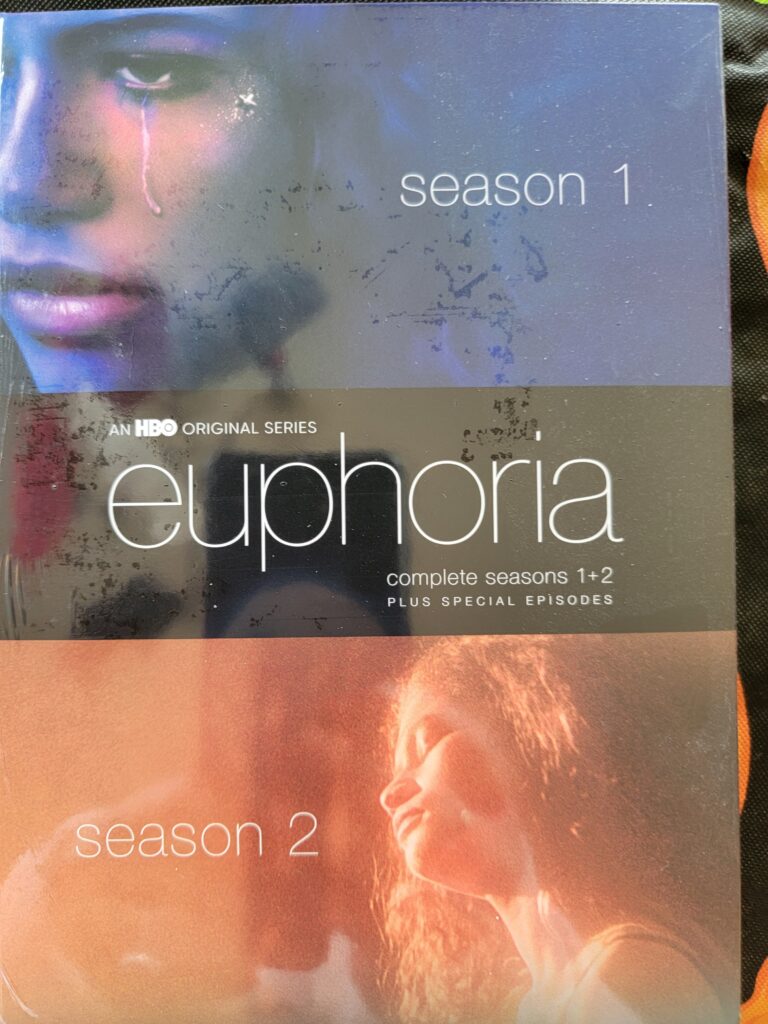 HBO’s Emmy-Winning Hit Series Will Be Available on DVD

BURBANK, CA (September 14, 2022) – HBO’s mind-blowing drama series is coming to DVD on November 1, 2022, from Warner Bros. Home Entertainment. The 5-Disc set features all 16 one-hour episodes from Seasons 1 and 2, plus the 2 special episodes that bridge seasons 1 and 2. With over two hours of bonus content that goes behind the scenes of the series for the ultimate fan, Euphoria: Seasons 1-2 is priced to own at $39.99 SRP for the DVD ($44.98 in Canada). The series is also available to own on Digital via purchase from digital retailers and to stream on HBO Max.

Multimedia superstar Zendaya stars in this drama series that follows a group of high-school students as they navigate a mine field of drugs, sex, identity, trauma, social media, love and friendship in today’s increasingly unstable world.

Euphoria is currently available to own on Digital. Digital purchase allows consumers to instantly stream and download to watch anywhere and anytime on their favorite devices. Digital movies and TV shows are available from various digital retailers including Prime Video, Apple TV, Google Play, Vudu and others.