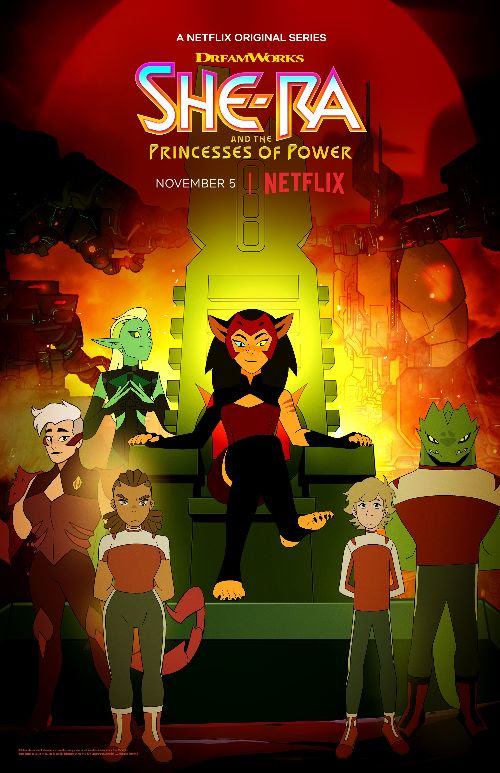 We are so excited for the new season of She Ra to come out.  I have loved She Ra since I was a kid and now my son loves her too.

Season 4 begins with the respective rises of Queen Glimmer as leader of the Rebellion and Catra as co-leader of the Horde. As the Horde makes advances on the Rebellion under the looming threat of Horde Prime’s arrival, the Princess Alliance makes heroic strides but begins to disagree on the best way to defend Etheria. Ultimately, a shocking discovery about Etheria itself causes Adora to reconsider everything she thought she knew.

In a season where relationships and power dynamics are in constant flux, the cast gave a sneak peek inside other pieces of the season including new character designs for Glimmer and Catra, Lauren Ash shared a clip from an episode focused on Scorpia, and Stevenson teased that there’s a special episode called “Boys Night Out” that includes a couple musical numbers.