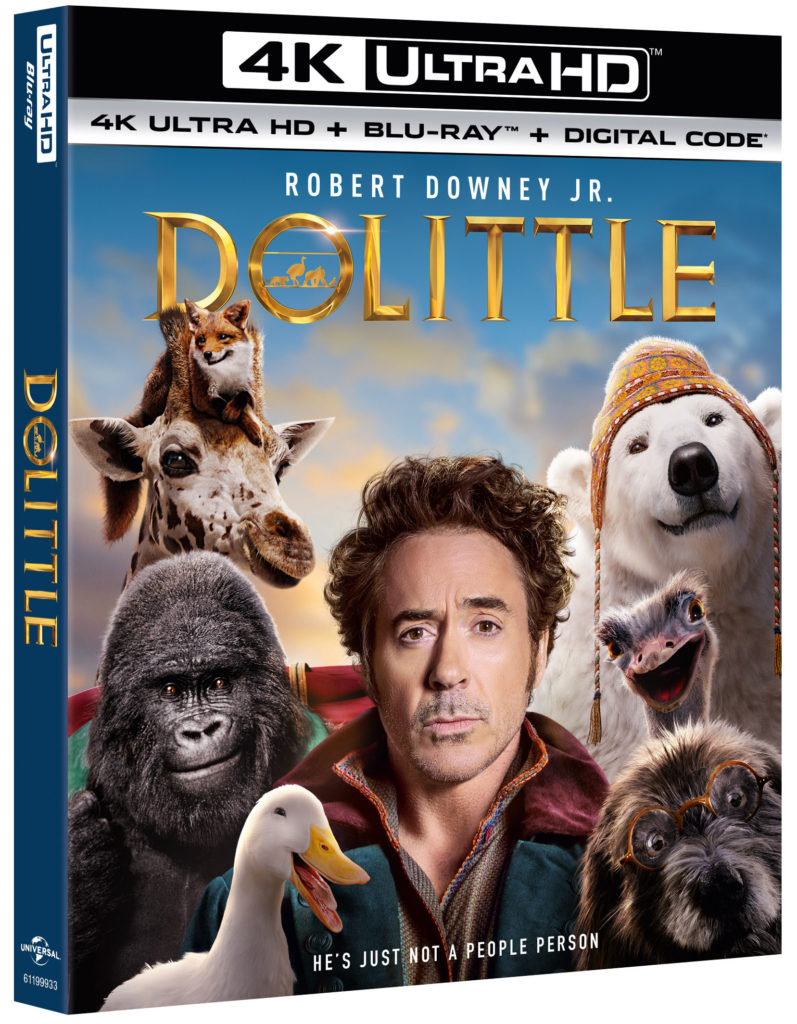 Omg we are so excited for Dolittle.  I have always wished I could speak to animals a dream come true.

He’s not just a people person! Universal Pictures Home Entertainment reignites a classic character, as Robert Downey Jr. (Avengers: Endgame, Sherlock Holmes) stars in DOLITTLE, arriving on Digital March 24, 2020 and on 4K Ultra HD™, Blu-ray™, DVD and On Demand on April 7, 2020. Own the movie all the animals are talking about and go an epic journey with a hilarious always cold bear, an anxious gorilla, a lovable giraffe, a ferocious tiger, and more!

STRAIGHT FROM THEATERS AND YOURS TO KEEP, LOADED WITH NEVER-BEFORE-SEEN,
BEHIND-THE-SCENES SECRETS ON THE MAKING OF THE FILM,
CAST INTERVIEWS, AND MORE!