We got the Digital Download Of Doctor Strange in the Multiverse free in exchange for an honest post.  All opinions are our own. 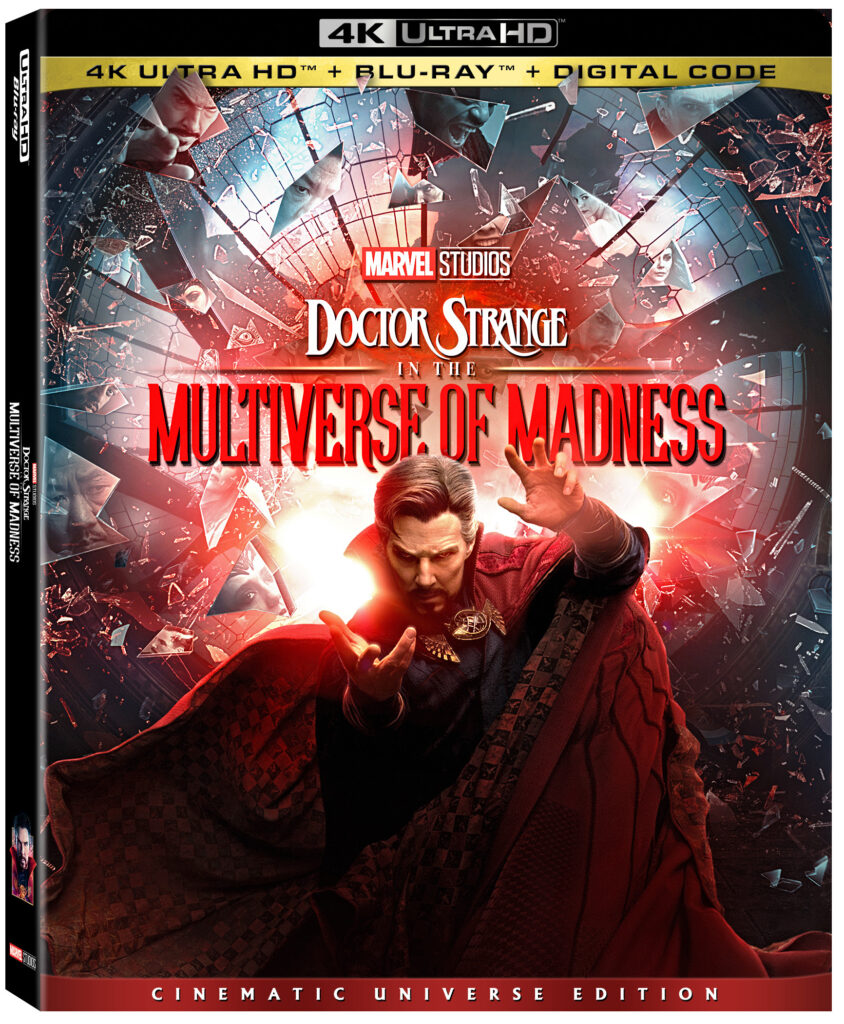 This movie started with a bang.  Do not look away you will miss it.  I had to restart to see it again so much was going on. Hard to believe, but I am only 1/2 way threw Wanda Vision I was wondering if I was going to be to lost with this movie.

You will be happy to know the movie does a great job on giving you the info that you need to enjoy it.  This movie was action packed and I loved it.  We get to see a softer side of Doctor Strange and some other Doctor Stranges that we might not like so much.  Wanda of course has lost it and we get to meet a nee Super Hero America who I love.  She is fun and will be an awesome add to the Marvel universe.

I love seeing all the different Multi Verses and some of them are crazy.  Doctor Strange has a lot of soul searching and learning to do, to be better then his counter parts.  The visual effects are amazing and the story will suck you in.

Film Synopsis
Journey into the unknown in Marvel Studios’ Doctor Strange in the Multiverse of Madness. When the MCU unlocks the Multiverse, Doctor Strange (Benedict Cumberbatch) must enlist help from old and new allies as he traverses mind-bending and dangerous alternate realities in order to confront a surprising adversary.