We got the Christmas Specials Collection free in exchange for an honest review all opinions are our own. 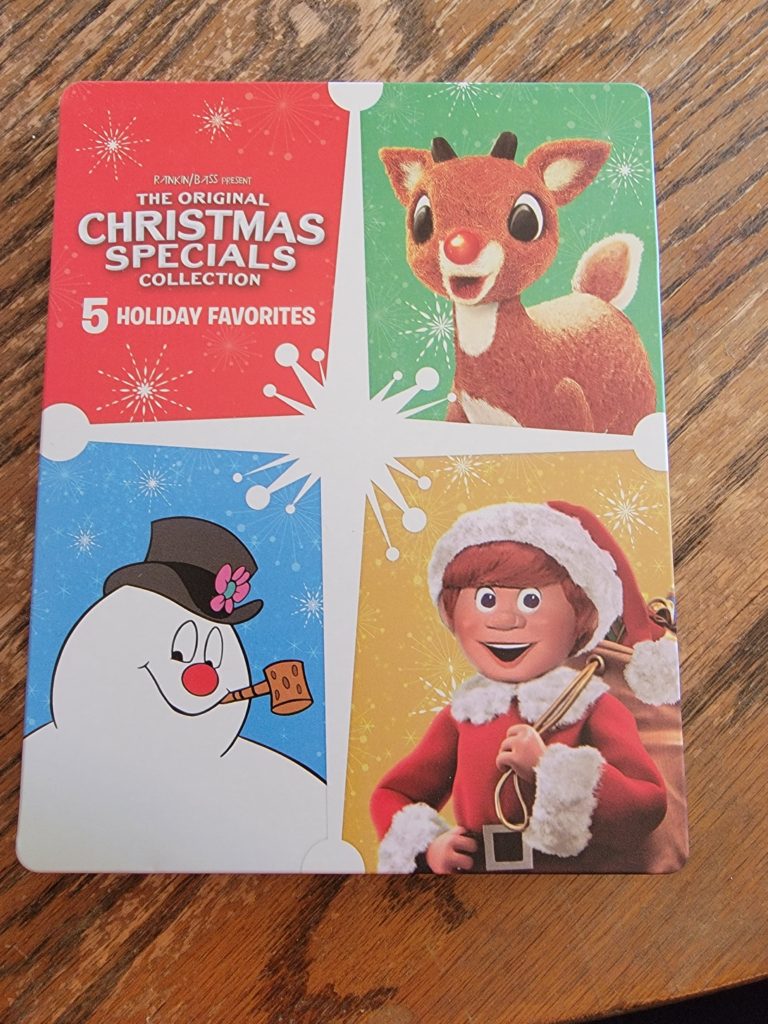 I remember when I was younger getting ready for the Christmas Specials.  We had to have the evening planed.  If anything came up we were not going to get to watch it.   This was a make it on time or miss part of the show.  My sister and I were sad if we had missed any of it.  We waited all year to soo our favorite Christmas Specials.   Now we can enjoy the Classic Christmas specials any time we want in this awesome Steel Case collectors set. 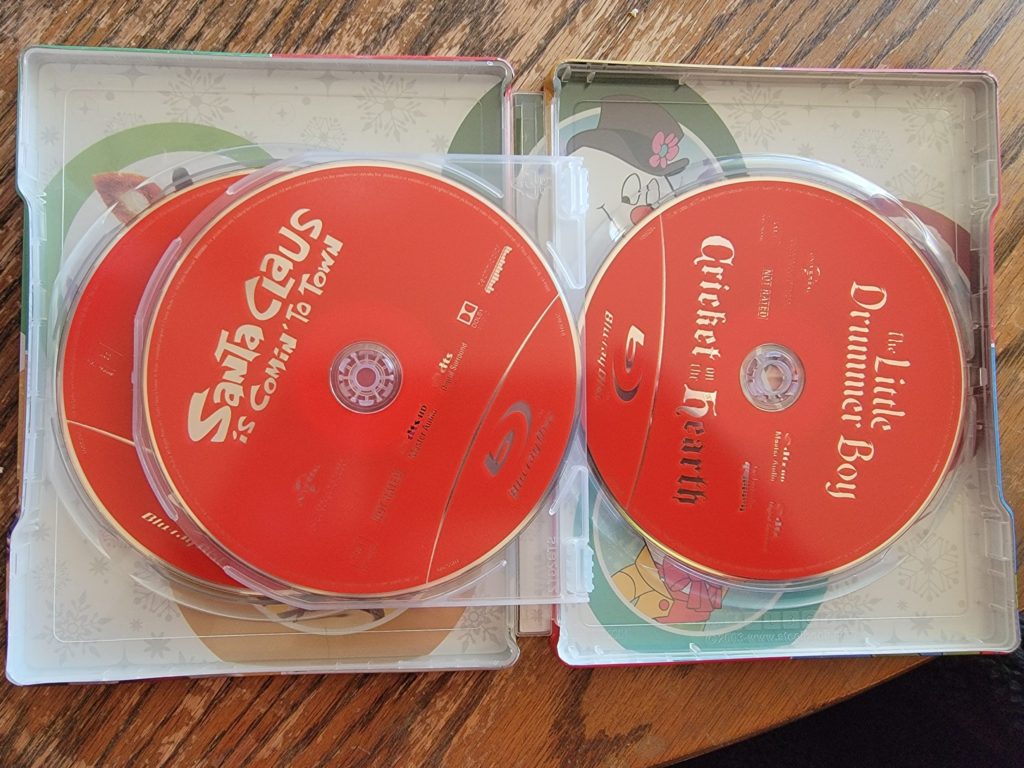 Frosty The Snowman is a true classic in our house.  We watch every year and I love that we can now add these other favorites to our collection.

GIVE THE PERFECT GIFT THIS HOLIDAY SEASON WITH THE LIMITED EDITION, COLLECTIBLE STEELBOOK FEATURING FIVE CHRISTMAS CLASSICS AND BONUS CONTENT EXPLORING THEIR ICONIC ANIMATION AVAILABLE FOR A LIMITED TIME ON BLU-RAY™ ON NOVEMBER 2, 2021 FROM UNIVERSAL PICTURES HOME ENTERTAINMENT 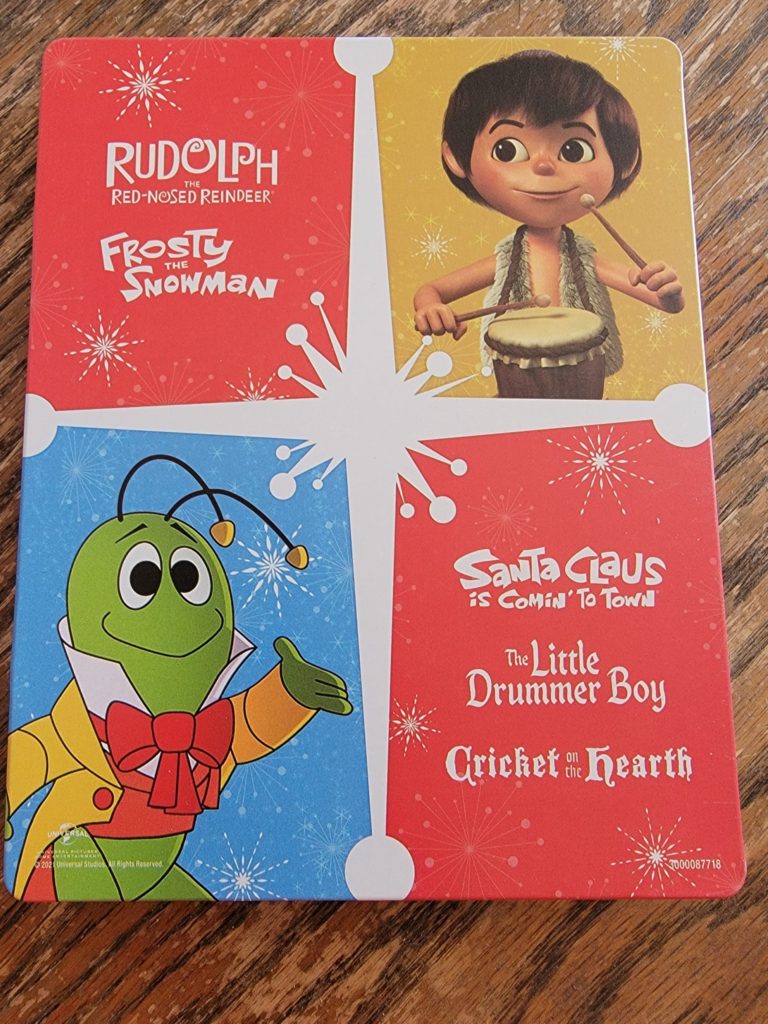 ‘Tis the season to enjoy the timeless holiday classics in The Original Christmas Specials Collection featuring five unforgettable stories. Produced by Rankin/Bass, Rudolph the Red-Nosed Reindeer, Santa Claus is Comin’ To Town and The Little Drummer Boy feature iconic “Animagic” stop-motion animation and Frosty the Snowman and Cricket on the Hearth are beautifully animated. Starring the iconic voice talents of Fred Astaire, Jimmy Durante, Mickey Rooney, Danny Thomas, Burl Ives and many more, these favorites also feature some of the most beloved songs of the holiday season and are sure to entertain audiences of all ages for generations to come!

I grew up watching these wonderful classics and I’m so excited to see them being offered in the Limited Edition Steelbook. Now, they can be enjoyed anytime I’d like to watch them.  A nice addition to this disc set is the Enchanting Bonus Features with special documentaries, Behind the Scenes, video storybooks, and one that I really love is the restoring of the puppets of Rudolph.

Purchase:https://amzn.to/3BiLYPB (As an Amazon affiliate, I receive a small incentive when purchase is made)

3. Santa Claus is Comin’ to Town

5. Cricket on the Hearth

1. The Animagic World of Rankin/Bass

2. Restoring the Puppets of Rudolph

The Original Christmas Specials Collection will be available on Blu-ray™.

 Blu-ray™ unleashes the power of your HDTV and is the best way to watch movies at home, featuring 6X the picture resolution of DVD, exclusive extras and theater-quality surround sound.

Based on the Work(s) of: Robert May

Based on the Work(s) of: Steve Nelson, Jack Rollins

Based on the Work(s) of: Katherine Davis, Henry Onorati, Harry Simeone

CRICKET ON THE HEARTH FILMMAKERS:

Based of the Work(s) of: Charles Dickens

Animation Film and Television and Awesomeness. UFEG is part of NBCUniversal, one of the world’s leading media and entertainment companies in the development, production and marketing of entertainment, news and information to a global audience. NBCUniversal owns and operates a valuable portfolio of news and entertainment networks, a premier motion picture company, significant television production operations, a leading television stations group, world-renowned theme parks and a suite of leading Internet-based businesses. NBCUniversal is a subsidiary of Comcast Corporation.