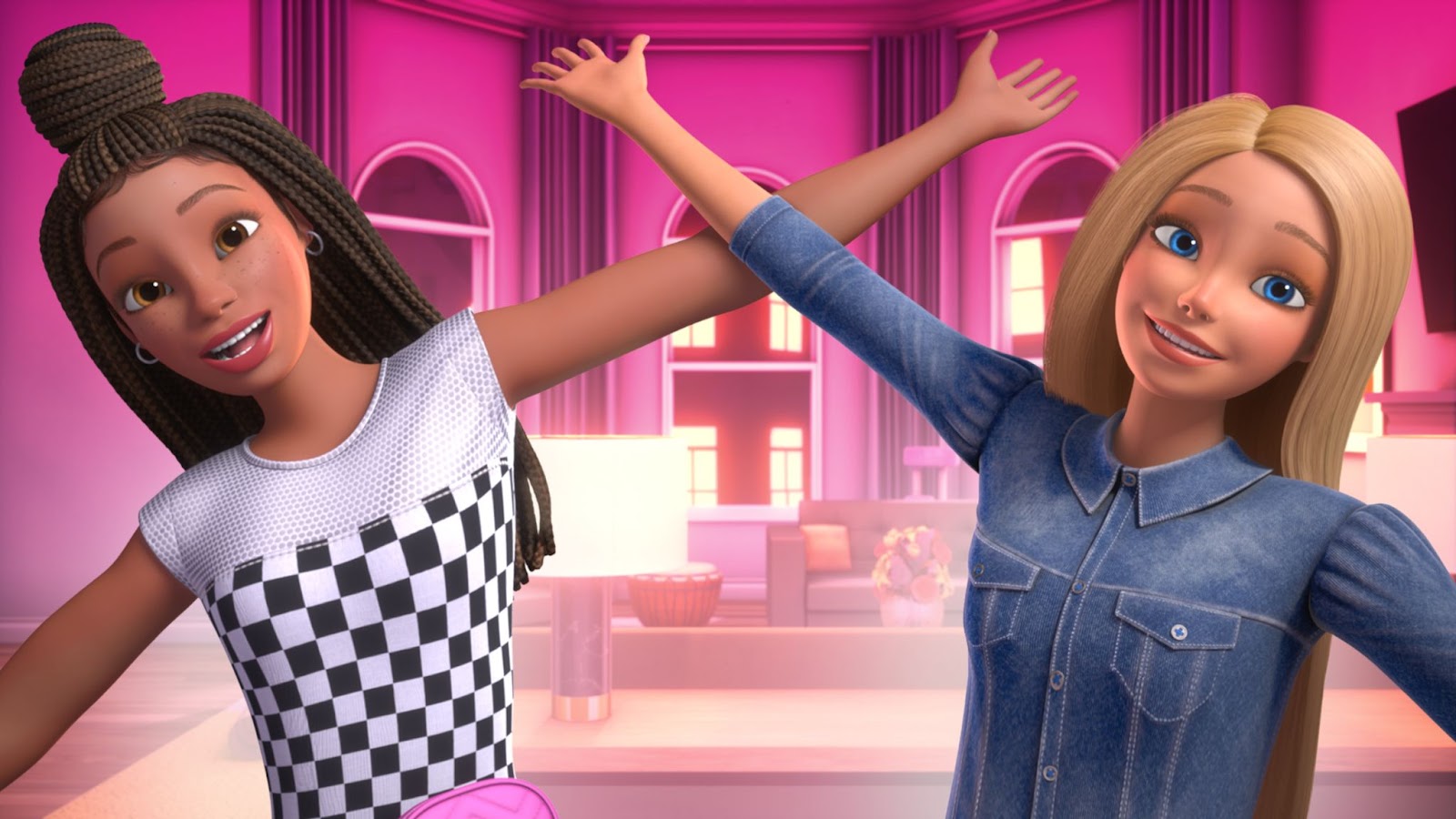 WHAT: Building upon the success of last year’s animated movie musical event, Barbie: It Takes Two follows best friends Barbie “Malibu” Roberts and Barbie “Brooklyn” Roberts as they strive for musical stardom at the prestigious Handler School of Performing Arts in New York City. Caught up in the hustle and bustle of the city that never sleeps, both “Malibu” and “Brooklyn” soon find that they’ll need to lean on each other, friends old and new, as well as their families if they’re ever going to make their dreams become a reality. Watch as the pair heads to school, record a music demo and go on fun, new adventures including camping!

Honing in on the importance of friendship, Barbie: It Takes Two showcases the pair’s  dynamic and kicks it up another notch as each Barbie chases their dreams and sets their sights on conquering New York City! Equal parts heartwarming, empowering and hilarious, Brooklyn and Malibu make their mark in the Big Apple in ways that will change them forever. Featuring brand new music and toe-tapping choreography that will bring kids and parents to their feet, the series promises to entertain audiences of all ages!

Additional assets including a media alert and stills can be found in the press kit link below.

WHERE: Streaming on Netflix

WHEN: The first installment of 13 episodes of Barbie: It Takes Two will debut on Netflix in the U.S. on April 8. Additional episodes will debut in fall of 2022.