I got this Spongbob DVD free in exchange for an honest review.  All opinions are my own 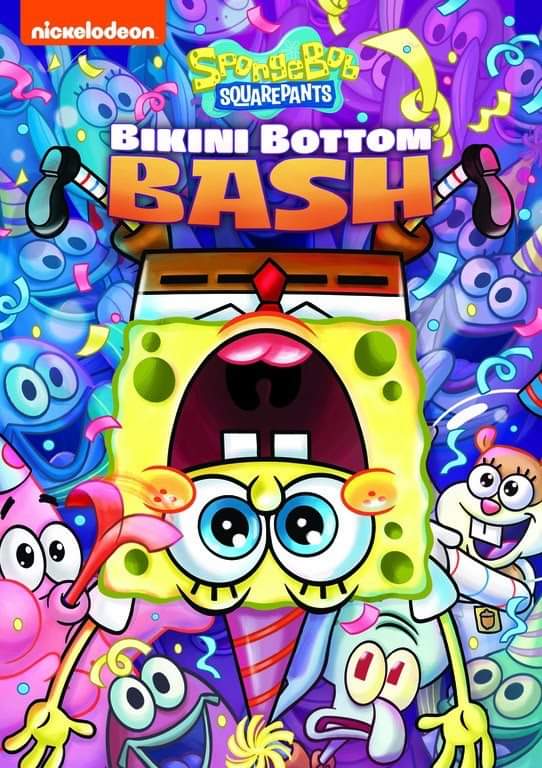 Who else is excited for the new Spongebob Square Pants best episodes edition.  At least we think they are the best.   Me and little guy have been waiting and its finally coming.  Who Lives In A Pineapple Under The Sea?

With some of the best episodes what could be better while we are all stuck inside of the house.  Pop some Pop Corn and sit on back and get ready to see what Sponge Bob it up to.

This rockin’ compilation boasts five uproarious party-themed episodes, including SpongeBob’s Big Birthday Blowout, which ranked as the #1 show for the year across kid networks among K2-11, K6-11, K9-14 and K12-17.  It’s SpongeBob’s birthday, but it’s a surprise, so SpongeBob and Patrick are going on a tour of the surface world while everyone else plans the birthday blowout below. Then, Bikini Bottom throws a wave of other parties: Catch some rays with SpongeBob and Patrick to get into the biggest bash in town, enjoy a girls’ night in at Pearl’s sleepover, raise the pineapple’s roof at SpongeBob’s house party, and celebrate the Krusty Krab’s momentous eleventy-seventh anniversary! Let’s par-tay! The mixed live-action and animation special features the celebrated voice cast behind SpongeBob, Patrick, Mr. Krabs, Sandy, Squidward and Plankton playing human versions of their animated characters and guest star David Hasselhoff (Baywatch). Additional guest stars in the special include Kel Mitchell (All That), Jack Griffo (The Thundermans) and Daniella Perkins (Knight Squad).

SpongeBob SquarePants: Bikini Bottom Bash will be available for the suggested retail price of $10.99.

Two winners will receive a copy of SpongeBob SquarePants: Bikini Bottom Bash  (ARV $10.99)  See below for terms and conditions. Open to U.S. residents of the 48 contiguous United States. You must be 18 years old to enter to win. This giveaway ends at 11:59 PM EST on 4.30.20

All entries will be verified. Only one entrant per mailing address per giveaway. If you have won the same prize on another blog, you will not be eligible to win it again. Any person who has won a prize (or whose household has won a prize) in any promotion sponsored by Sponsor in the thirty (30) days before this contest start date is not eligible to win a prize in this contest. Entrants who have created social accounts purely for the purpose of entering Competitions or Sweepstakes will not be eligible to win. All social accounts used must be public.

The winner will be chosen randomly through Giveaway Tools and contacted via email. A reply to the winning email is required within 48 hours before a new winner is chosen. Void where prohibited by law. One person entering per household, please. The Review Wire, Chatty Patty’s Place and Tabby’s Pantry,  are not responsible for shipment of prize