We got Tom and Jerry: Snowmans Land free in exchange for an honest post.  All opinions are our own. 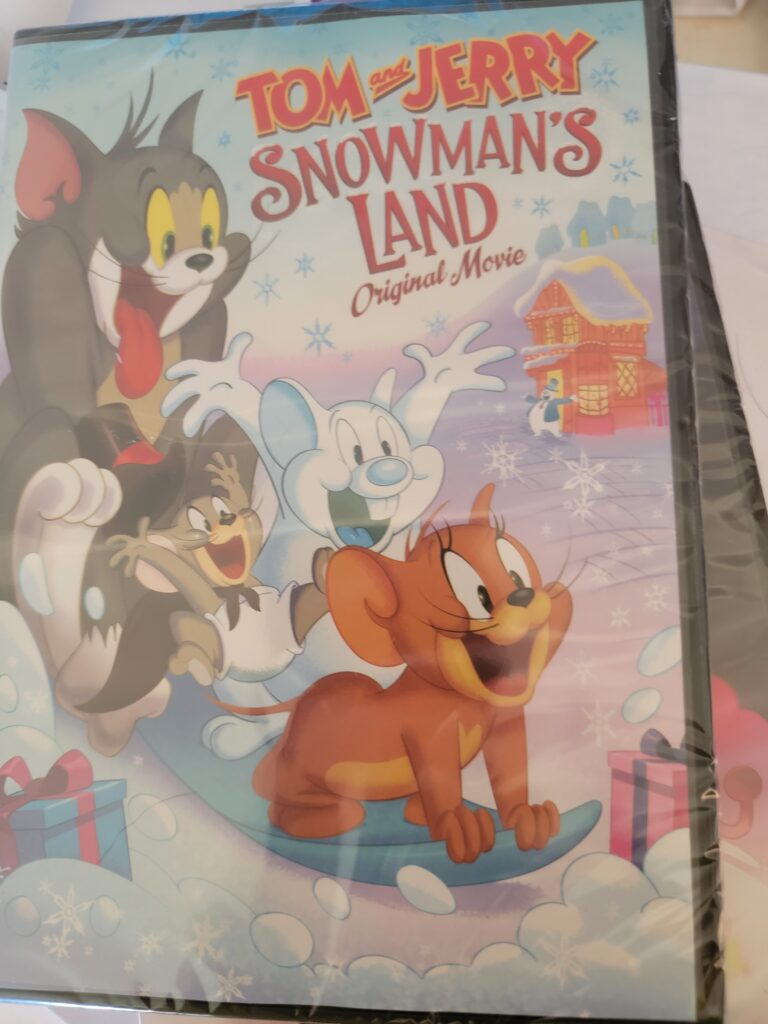 I am so excited to bring Tom and Jerry to my little guy and a holiday episode even better.  there is nothing funnier then watching these two go at it in a holiday special.

Just in time for the holidays, everyone’s favorite cat and mouse duo are back in action as Tom and Jerry: Snowman’s Land releases on Digital and DVD November 29, 2022 from Warner Bros. Home Entertainment. Produced by Warner Bros. Animation, the all-new, full-length animated family holiday film is filled with 72 minutes of toe-tapping tunes and hilarious hijinks and 3 classic episodes. Tom and Jerry: Snowman’s Land will be available to own on Digital for $14.99 SRP (US and Canada) and on DVD for $19.98 SRP ($24.98 in Canada).

It’s time to chase that holiday spirit with Tom and Jerry! With magic in the air, Jerry and his nephew, Tuffy, make a snow mouse that miraculously comes to life! To keep their new friend, Larry the snow mouse from melting, Tuffy and Jerry must race him to the fabled Snowman’s Village. In hot pursuit, Tom and devious Dr. Doublevay have their own plans for Larry’s magic. Get ready to go dashing through this epic tale filled with songs, snow, thrills, laughs and even a bit of holiday magic!​