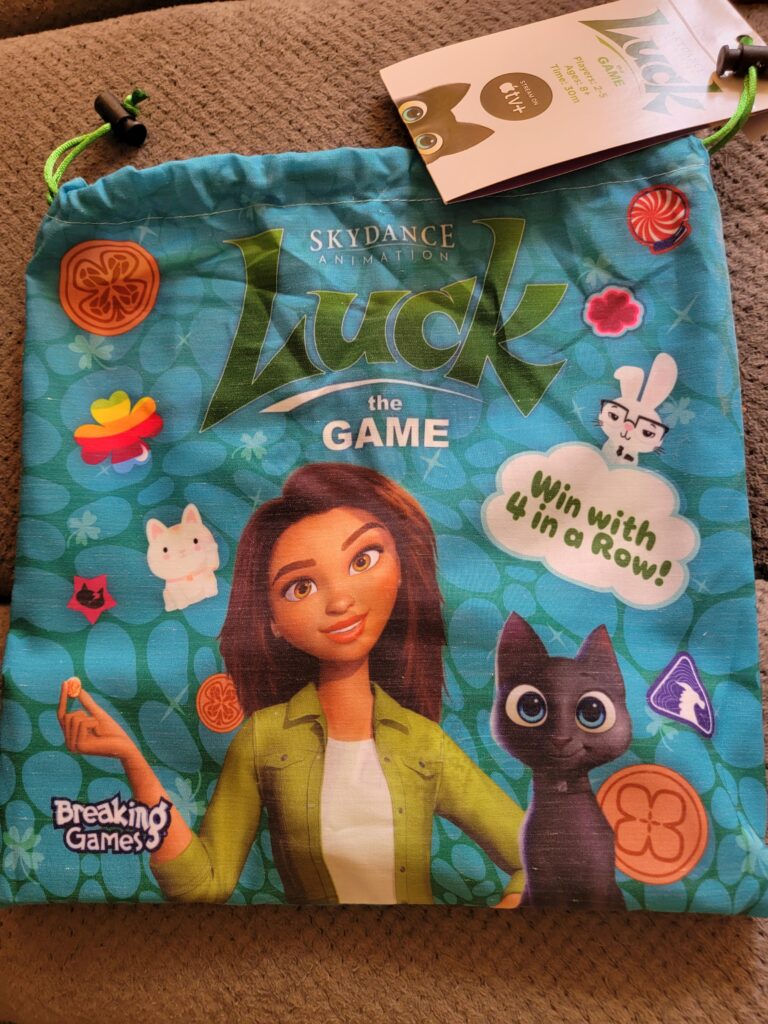 If you are looking for a fun game for the family this is the one you are going to want to get.  I know when I was a kid I wanted all the cute movie items and this si one that will not only be for your kids, but you will love too.

NETCONG, NEW JERSEY (July 12, 2022) – Breaking Games, an award-winning game publisher and manufacturer, announced today that it will publish the tabletop game for “Luck,” the animated film produced by Skydance Animation for Apple Original Films, in a deal brokered by IMG. While pre-orders are available via this link, the game officially launches later this month. “Luck” premieres globally August 5 on Apple TV+. 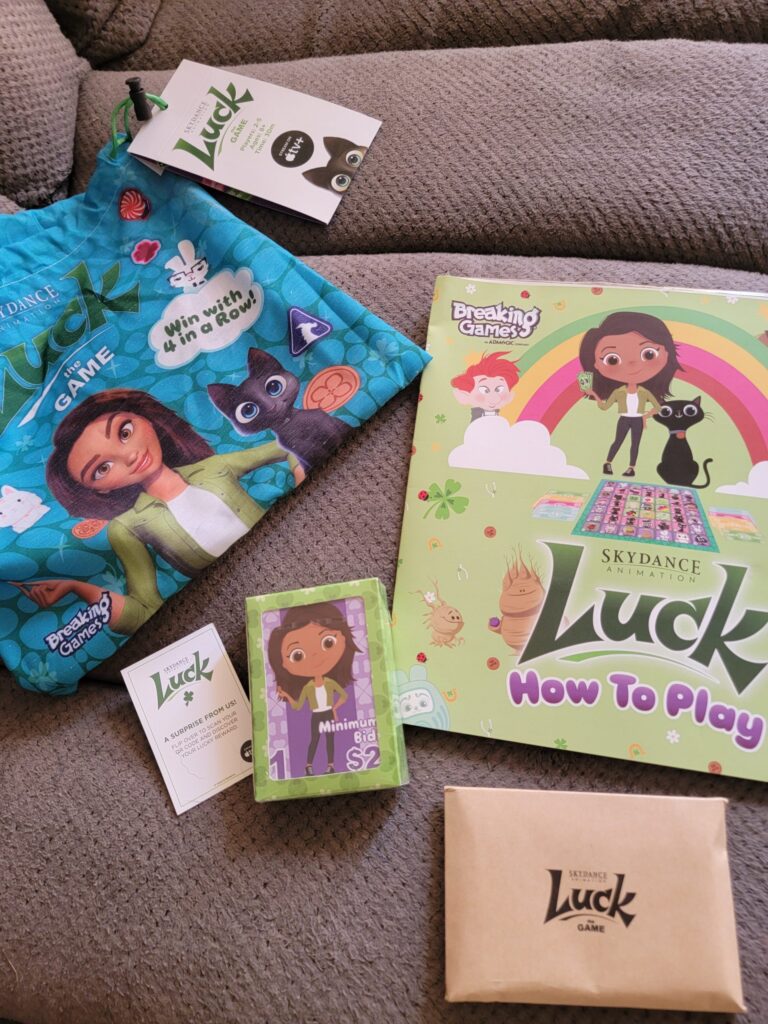 “To say we are publishing the tabletop game Luck with one of the premier animation studios in the world is just mind-blowing – this is a first for Breaking Games,” said Shari Spiro, CEO and founder of Breaking Games. “We have worked closely with the team at SkydanceAnimation to bring the beloved characters from the movie to life by extending the experience from the television screen to right into your hands with our game.”

“We are excited to be working with Breaking Games to develop Luck the game,” said Luis Fernández, Head of Consumer Products, Skydance. “We cannot wait to see it in the hands of fans across the nation in July as another way of immersing themselves in the stunning world of Luck.”

The game Luck is based on the movie, using the same characters Sam, Bob, The Dragon, The Captain, Jeff the Unicorn, and Gerry the Leprechaun. Navigating through the Land of Luck, this beautifully illustrated game combines strategy, bidding, and – of course – Luck to claim spaces using cards that are auctioned off one at a time, with the ultimate goal of claiming four spaces in a row. Bid against your friends to see if your Luck pays off! 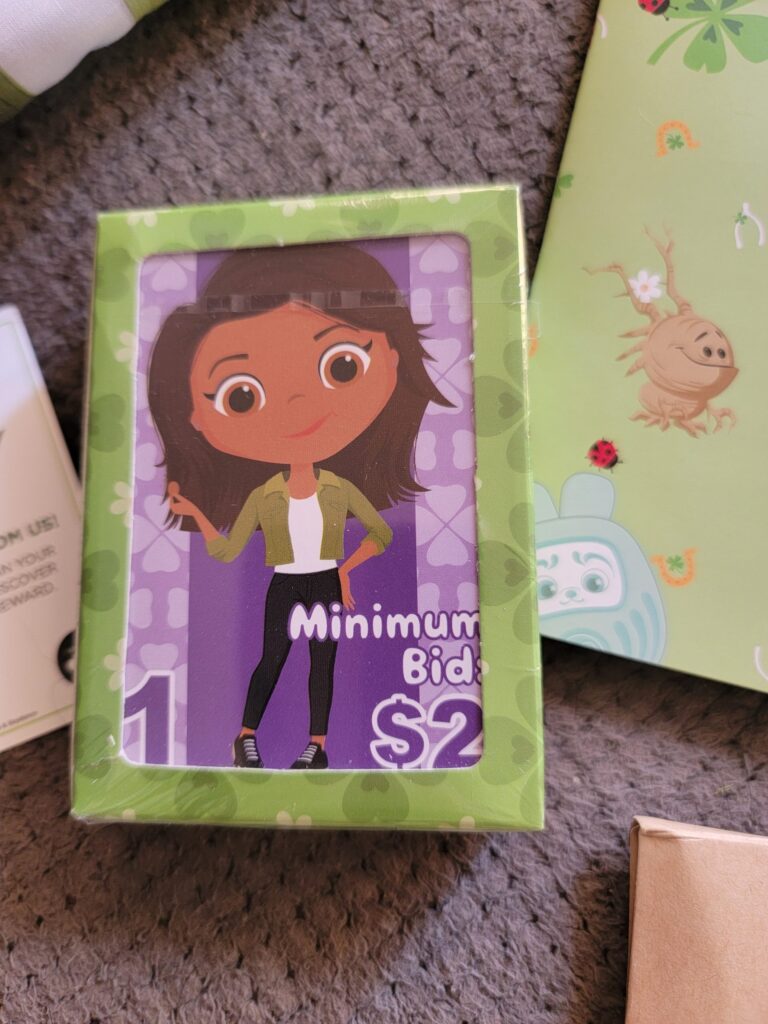 The film “Luck” centers around the story of Sam Greenfield, the unluckiest person in the world. When she discovers the never-before-seen Land of Luck, Sam must unite with the magical creatures there to turn her luck around. The star-studded cast includes Jane Fonda, Whoopi Goldberg, Eva Noblezada, Simon Pegg, John Ratzenberger, and many more.

The Luck game is a family game for ages eight and above and will be available from July 7, 2022, from BreakingGames.com and Amazon for $20.

Consumers will be presented with the opportunity to redeem “Luck” offers, such as exclusive digital art, phone wallpapers, and exclusive offers on “Luck” products.

Additionally, attendees at this year’s GenCon in Indianapolis can see the Luck game in action, along with other Breaking Games titles, when they visit the Breaking Games Booth (2329).