We got Shrek free in exchange for an honest review.  All opinions are our own. 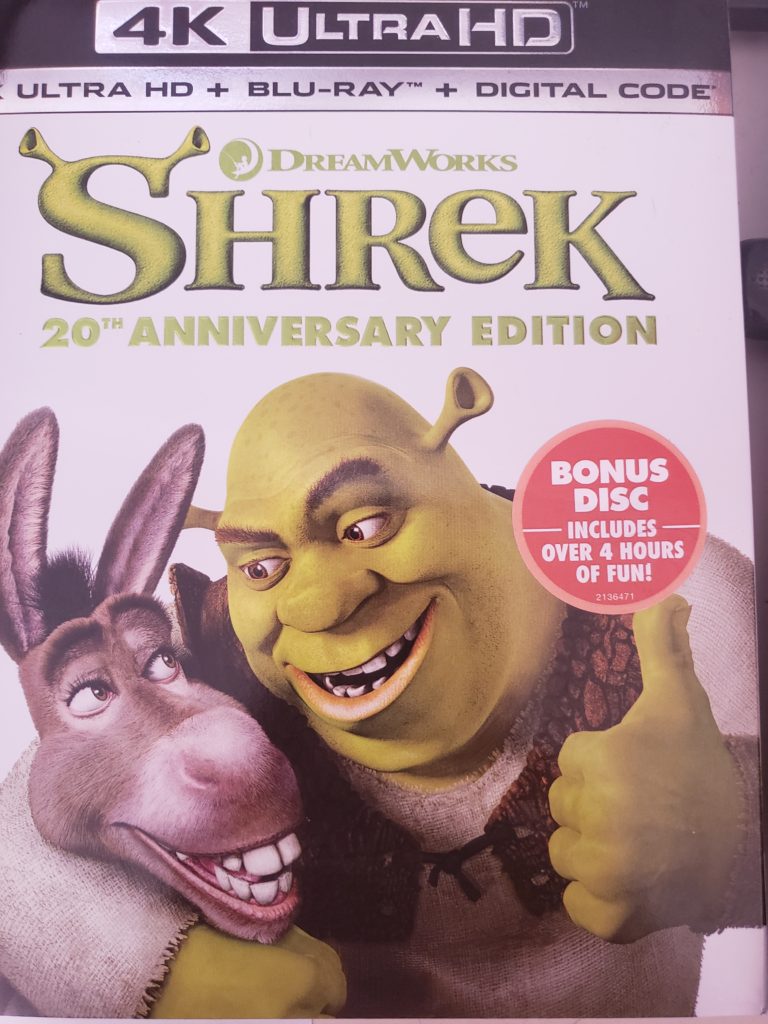 It’s funny as a kid I always oved Shrek.  I have to admit I never realized how much it was also made for adults.  The adult jokes just went over my head and I never even noticed them.  Now I am watching with my son and I am laughing so hard but for all new jokes.  Shrek is really a fantastic movie for the whole family.

OWN THE NEW 4K ULTRA HD COMBO PACK
WITH BLU-RAY™ AND DIGITAL CODE ON MAY 11, 2021
FROM UNIVERSAL PICTURES HOME ENTERTAINMENT

Universal City, California, March 12, 2021 – The first-ever Academy Award® winner for Best Animated Feature, SHREK, celebrates its 20th anniversary this spring. SHREK is a hilarious adventure comedy that stars the voice talents of Mike Myers (AUSTIN POWERS franchise), Eddie Murphy (THE NUTTY PROFESSOR), Cameron Diaz (CHARLIE’S ANGELS) and John Lithgow (“THE CROWN”). The incredibly original and unique blockbuster film that launched three sequels, a spin-off, TV series, holiday specials, theme park attraction and more has stayed a fan favorite and a must own for all ages! Universal Pictures Home Entertainment celebrates with SHREK 20TH ANNIVERSARY EDITION available on 4K Ultra HD for the first time ever on May 11, 2021 as well as Blu-ray™ and DVD. Adventure into over four hours bonus material including a bonus disc that comes with five episodes from “The Adventures of Puss in Boots” television series and ten shorts including Scared Shrekless, The Pig Who Cried Werewolf, The Ghost of Lord Farquaad and more!

You’ve never met a hero quite like SHREK. The endearing ogre sparked a motion-picture phenomenon and captured the world’s imagination with…the Greatest Fairy Tale Never Told! Critics have called SHREK “not just a brilliant animated feature, but a superb film on any level” (Larry King, USA Today). Relive every moment of Shrek‘s (Mike Myers) daring quest to rescue the feisty Princess Fiona (Cameron Diaz) with the help of his loveable loud-mouthed Donkey (Eddie Murphy) and win back the deed to his beloved swamp from scheming Lord Farquaad (John Lithgow). Enchantingly irreverent and “monstrously clever” (Leah Rozen, People Magazine), SHREK is an ogre-sized adventure you’ll want to see again and again!