Watch the final 13 episodes of the Emmy, Critics Choice and GLAAD Media Award-nominated Netflix original series on May 15 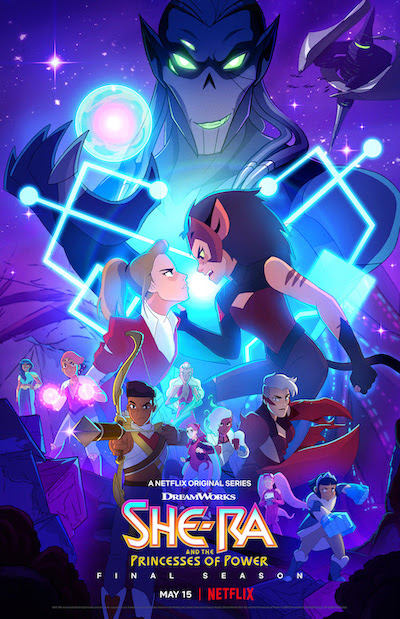 Enjoy the exciting inside look at the creation and story behind the iconic She-Ra and the Princesses of Power theme song “Warriors.” Learn more about AJ Michalka’s experience recording her cover and the song’s deep meaning of female empowerment from Noelle Stevenson.

The new cover of the song sung by AJ is now available to stream on Spotify and Apple Music along with the full soundtrack from series composer Sunna Wehrmeijer.

To celebrate the upcoming fifth and final season release of DreamWorks She-Ra and the Princesses of Power, watch the first two minutes of the season in the newly released “She-Ra with No Powers” clip below!

In season 5, the ruthless Horde Prime has arrived and without the Sword of Protection and She-Ra, the Rebellion are facing their toughest challenge yet. In this epic conclusion unexpected adversaries are confronted and relationships are tested, broken and changed forever.  Will Adora and the Princesses of Power be able to save their planet? Or will the universe succumb to the evil might of Horde Prime before love can conquer hate?