We got Scooby-Doo! and Guess Who?: The Complete Second Season free in exchange for an honest post.  All opinions are our own. 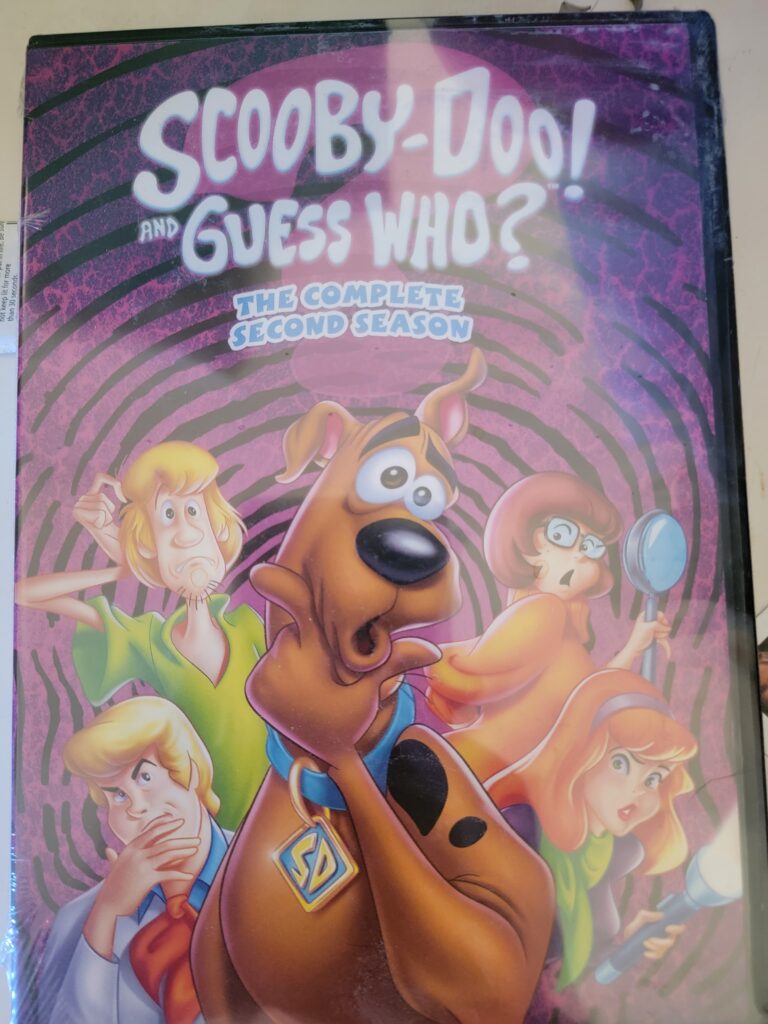 Scooby Doo is back with the second complete season and its just as awesome as the first season.  If you are anything like me you grew up watching Scooby Doo and I am so excited that my son gets to get as excited as I used to get on Saturday mornings.

SCOOBY-DOO! AND GUESS WHO?:

BURBANK, CA (April 19, 2022) – Join the Mystery Inc. gang as they team up with their superstar friends to solve all-new spooky mysteries on Scooby-Doo! and Guess Who?: The Complete Second Season, available in the United States on DVD June 28, 2022 and December 6, 2022 in Canada from Warner Bros. Home Entertainment. This release includes 26 action-packed mystery adventures from Warner Bros. Animation and features an exciting mix of celebrities from television, film, music, sports and more. Jump into the Mystery Machine with Scooby-Doo and his pals for brand-new adventures with some of today’s biggest celebrities and pop culture stars! Scooby-Doo! and Guess Who?: The Complete Second Season is priced to own at $24.98 SRP ($29.98 Canada) for the DVD.

It seems like everybody wants to be one of those meddling kids, so Scooby-Doo recruits a different pop culture icon to join the gang in every episode of Season 2 of Scooby Doo! and Guess Who? Get sleuthing with Scooby, Fred, Velma, Daphne and Shaggy because they’ll need all the help they can get if they want to solve these mind-boggling mysteries. So, who’s on board? Music icon Cher returns to the mystery-solving stage 50 years after her first team up with Scoob in The New Scooby-Doo Movies. Terry Bradshaw gets off the bench to tackle a case, Axl Rose will rock these monsters, and Jason Sudeikis will have these villains laughing out loud! Classic Scooby fans will love to see Sandy Duncan returning to team up with the Mystery Inc gang. And how about Kacey Musgraves, Tim Gunn, Jessica Biel, Macklemore and many more! See if you can solve the mystery of who will be joining the gang next!

16. Returning of the Key Ring!

17. Cher, Scooby and the Sargasso Sea!

18. The Lost Mines of Kilimanjaro!

19. The Legend of the Gold Microphone!

26. The TV and Movieland Monsters!

Scooby-Doo! and Guess Who?: The Complete Second Season will be available to own on Digital on June 28, 2022 in the U.S. Digital purchase allows consumers to instantly stream and download to watch anywhere and anytime on their favorite devices. Digital movies and TV shows are available from various digital retailers including Amazon Video, iTunes, Google Play, Vudu and others.