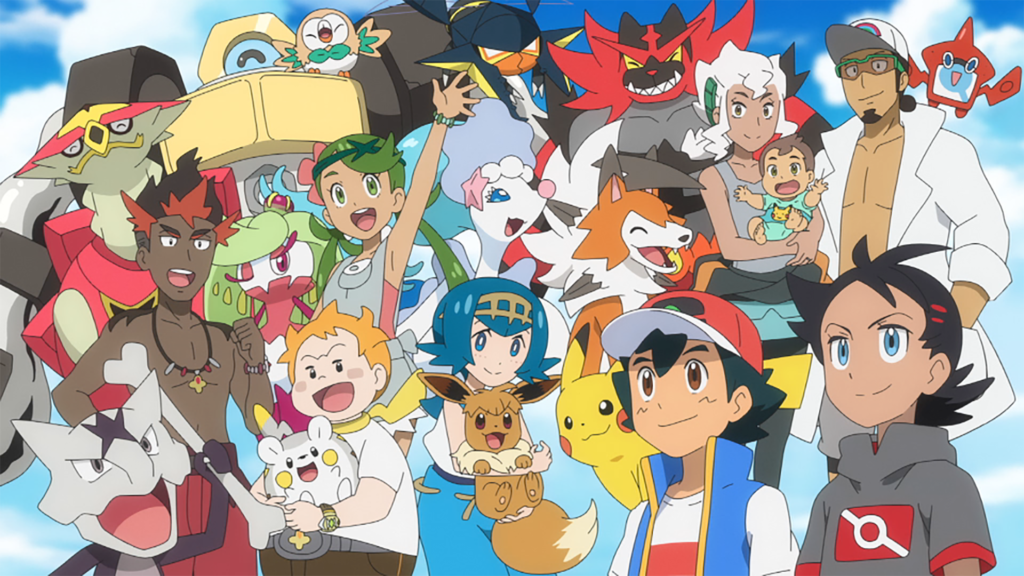 Omg me and Dylan have waited so long for the final of Pokemon Journeys.  They are going to be seeing a lot of old friends,  we have the whole night planed to watch the final and eat pizza.  Pokemon Journeys is a new series on Netflix.  We get to see more of Ash’s and Pikachu’s avdentures with their new friend Goh.  I love that it is brining us to to the regions he has already been and he is running into people that he knows.

March 5, 2021 — Today, the final 12 episodes of Pokémon Journeys: The Series released exclusively on Netflix in the U.S. Launched in June 2020, the 23rd season of the animated series from The Pokémon Company International brought an all-new narrative following Ash and his partner Pikachu.

“Pokémon Journeys: The Series” Synopsis:
Pokémon Trainer Ash Ketchum has a new plan: see the world! But first, he and his partner Pikachu are headed to the opening of the Cerise Laboratory, a research facility dedicated to uncovering the mysteries of Pokémon in every region. Ash meets Goh, another boy with boundless curiosity about Pokémon, and both are overjoyed when Professor Cerise asks them to become official research fellows. With Ash as determined as ever to become a Pokémon Master, and Goh aiming to catch one of every Pokémon (including the Mythical Mew), our heroes are in for adventure and excitement as they explore the wide world of Pokémon!