You all know I love everything Harry Potter.  I can not wait for the new Wand it is a must for every collector 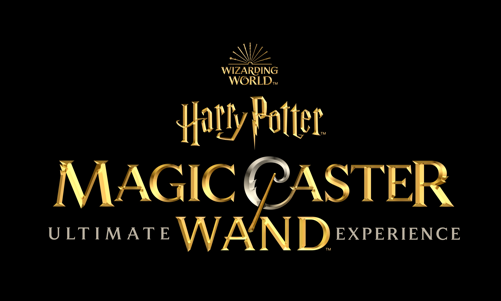 MAKE EVERY DAY MAGICAL WITH THE LAUNCH OF THE NEW HARRY POTTER: MAGIC CASTER WANDTM 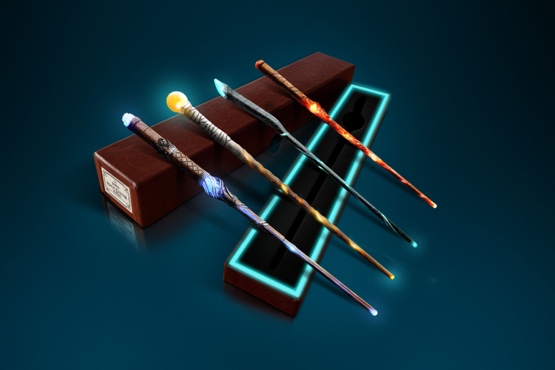 Estimated to be available this holiday season, wizards and witches in the US and UK (excluding Northern Ireland) will be able to get their hands on this incredible wand and bring magic to life in the world around them! Powered by smart technology, the wand, when used with the free companion Harry Potter: Magic Caster Wand app, allows users to cast many of the iconic spells they know and love from J.K. Rowling’s Harry Potter stories.

Fans were given a sneak peek during the Wizarding World’s Back to Hogwarts celebrations on September 1 and demand and interest in the Harry Potter: Magic Caster Wand has been high… pre-order is recommended to avoid disappointment!

Be the first to hear the latest news and updates – general pre-order begins on October 21 at 8:00AM Pacific Standard Time/11:00AM Eastern Standard Time/4:00PM British Summer Time at https://www.HarryPotterMagicCasterWand.com.

Additionally, Harry Potter Fan Club members may pre-order any of the wand designs beginning on October 20, a day before general pre-order is available.

The Harry Potter: Magic Caster Wand is estimated to ship in early December 2022. Estimated ship date is subject to change.

At launch, the Harry Potter: Magic Caster Wand and companion app will be available in the United States and the United Kingdom (excluding Northern Ireland) with expansion into other territories to follow, further announcements will be made in due course.

Fans will be able to learn and master more than 50 spells** at launch, providing wand owners with hours of gameplay, interactivity, and magical adventure. Each wave of the wand connects with the free companion Harry Potter: Magic Caster Wand app to generate exciting lighting, sound, and haptic effects through connected compatible smart home devices.

The library of spells will continue to be updated, along with new compatible smart home devices, activities, and functionality, so there will always be something new to practice and master!

The wand usually chooses the wizard, but here, the owner has the choice… there’s something for everyone with 3 different wand designs, plus a limited-edition wand design exclusively for Harry Potter Fan Club members.

Crafted with elegant curves and ornate details, this wand was designed with magical innovators and inventors in mind.  It exudes confidence, purpose, and trust, appealing to a brilliant mind that appreciates unusual versatility and adaptability.

Rugged and aged in appearance, this wand was designed for those with powerful intuition and an affinity for the magic of the natural world.  Its warmth will draw those with strength, courage, and conviction.  For the best or worst of times, this wand feels as exemplary as the one who wields it.

Ethereal and hypnotic, the design of this wand is truly captivating.  Striated with a round orb at the end of its handle, it exudes a protective feeling.  Appealing to owners who are wise beyond their years, it is a perfect match for those who value grace and artistry.

Imposing in appearance, the design of this wand is slightly bent and features visible cracks – attributes, rather than imperfections, which embody a sense of internal strength.  It is a perfect match for those who hold fast to their beliefs, regardless of how they are perceived.

The interactive wand box serves as USB charging station, so the wand is always ready to use.  Upon opening and when casting spells, the beautiful container features magical light and audio elements, complementing the spell casting experience.