We got Lucifer: The Complete Fifth Season Free in exchange for an honest post.  All opinions are our own.

The Eternal Wait Is Over 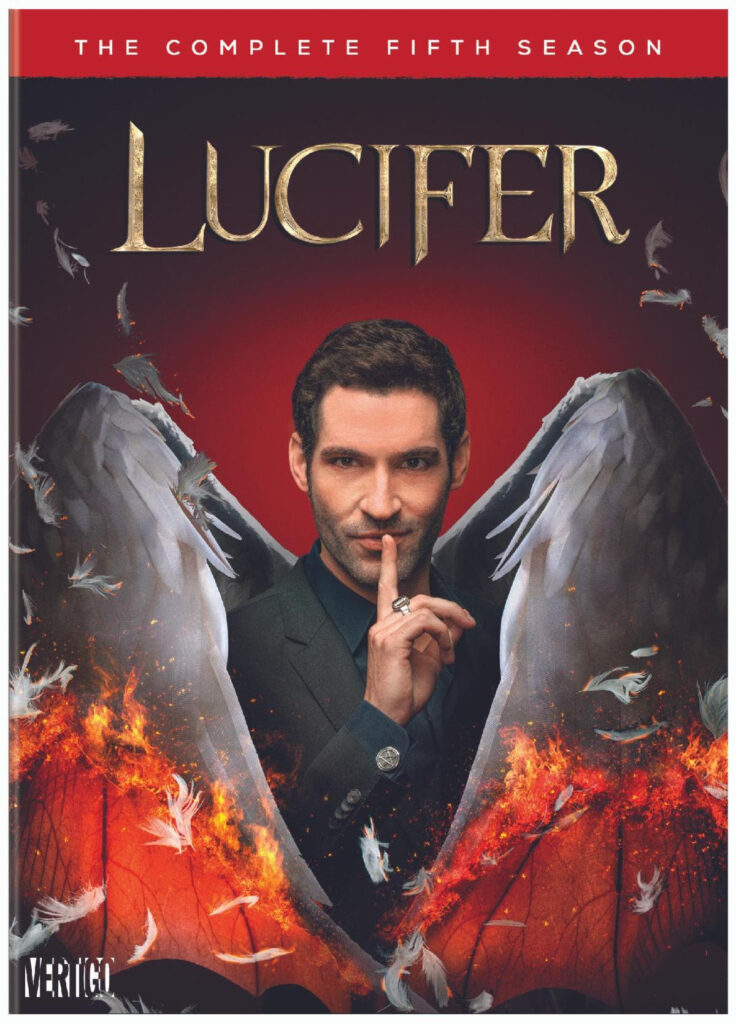 I always loved Lucifer.  We got lost about the 3rd season we lost our DVR and forgot when and where to tape it.  I love that we can buy the seasons and catch up on all the fun now.   I never though that a show could make me root for Lucifer, but he really is charming in this show and I always find my self rooting for him.

BURBANK, CA (March 15, 2022) – Indulge your deepest desires as Warner Bros. Home Entertainment brings you Lucifer: The Complete Fifth Season on DVD May 31, 2022. You’ll have a devilish grin as you indulge in all 16 hell-raising episodes from the fifth season with tantalizing deleted scenes, and a gag reel included in the bonus features. Lucifer: The Complete Fifth Season is priced to own on DVD at $29.98 SRP ($39.99 in Canada) and will also be available on Blu-ray courtesy of Warner Archive Collection. Warner Archive Blu-ray releases are easily found at www.warnerarchive.com and on your favorite online retailer sites.

Lucifer: The Complete Fifth Season will also be available to own on Digital on March 28, 2022 via purchase from digital retailers.

In the fifth season, the stakes are higher than ever. Secrets will be revealed, Lucifer makes a tumultuous return from Hell, Chloe rethinks romance, Ella finally finds a nice guy, and Amenadiel adjusts to the whole fatherhood thing. In the first half of the season, Lucifer’s twin brother Michael secretly takes the devil’s place on earth while he’s back in Hell. Eventually, Lucifer must face the mess his brother made with his life. He’ll also finally confront his feelings for Chloe, and answer a question that fans have been asking since the very beginning: “will they or won’t they?” Then in the second half of the season, God makes his grand appearance. Except, Lucifer never prayed for this, and he already can’t wait to send dear old Dad back where he came from. Unfortunately for Lucifer, God isn’t going anywhere, and wants to get into every aspect of Lucifer’s life. But our heroes will soon discover that God is here for more than just some family bonding time!

Lucifer: The Complete Fifth Season will be available to own on Digital on March 28, 2022. Digital purchase allows consumers to instantly stream and download to watch anywhere and anytime on their favorite devices. Digital movies and TV shows are available from various digital retailers including Prime Video, Apple TV, Google Play, Vudu and others.