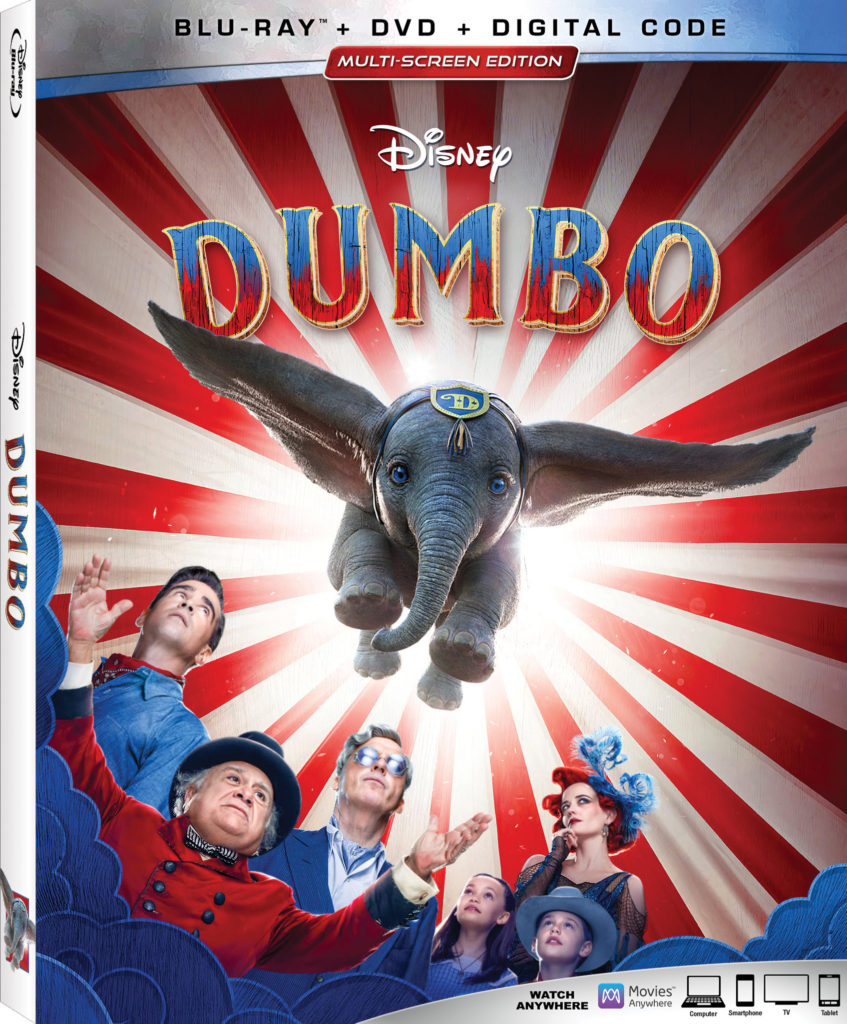 I have to be honest with all the live action Disney movies coming out I did not know how I felt about it.  I have loved the cartoons forever and just could not see how they would make them as good.  I decided since I do love Disney, I would have to give them a try.

I of course know the story of Dumbo it has been one of my favorites for years.  I do like that this has a little difference from the cartoon.

After coming home from war injured his whole world has changed.  His wife has passed away the Circus he works for and loves is no longer what it used to be and his animals are gone.  Then he meets the new elephant who is about to have a baby.

When the baby is born, they have a surprise his ears are really big.  Like our cartoon they start to learn after trial and error that this is the most special elephant of all time.

Now like I said I did not know I would feel about the live action.  Then I saw Dumbo and I was hooked.  I want to cuddle this little guy forever.  The live animals and people made this so much better.  I really got invested in their life.

When I was younger I always felt for Dumbo and his mom, now that I am older this really hit me a lot harder.  I found me self in tears at some points and up on my feet cheering at other points.  I just wanted them to be back together again.

I have to say I really connected to Jumbo Dumbo’s mom.  Having a special needs child, I am very protective and I would have been the same way she was.  No one hurts my baby’s feelings.