IS AVAILABLE ON DIGITAL AND DVD 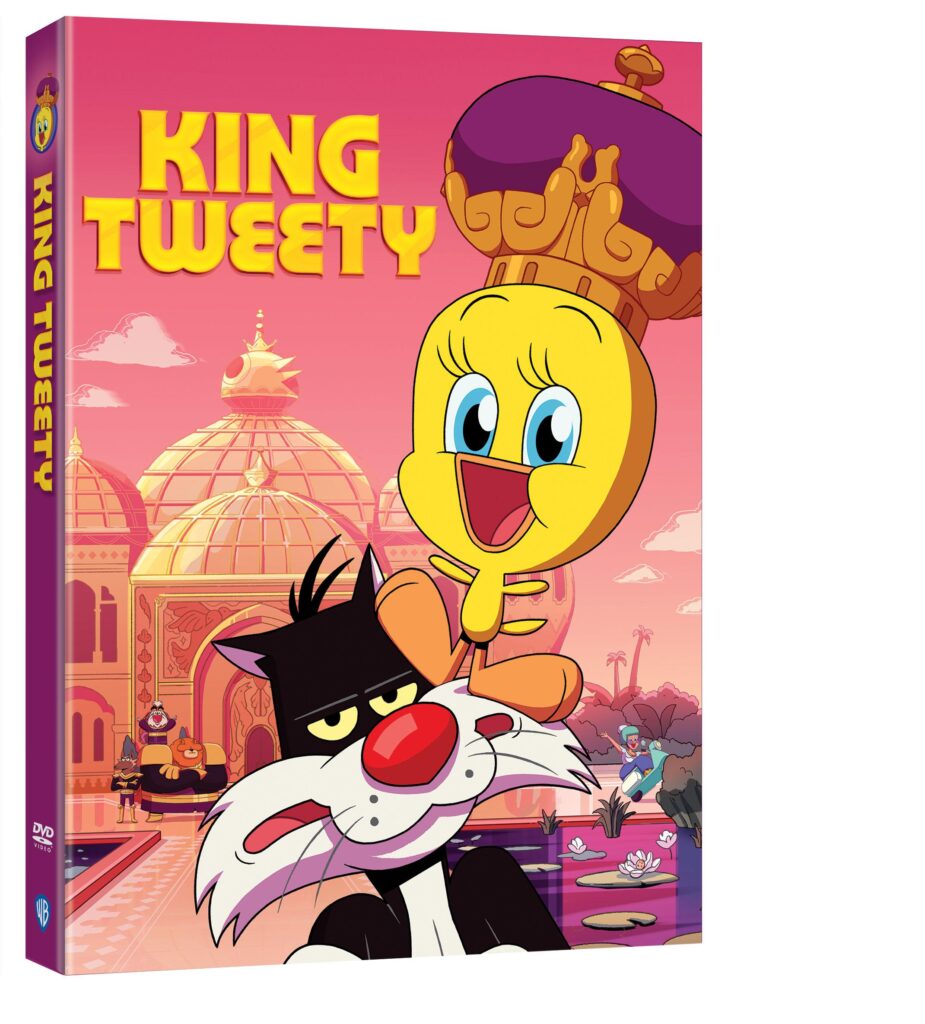 OMG all Tweety is back and I loved the show.  I grew up with these crazy two and they have always made me laugh.  If you are looking for a fun part of your past to bring to your home make sure to being home this great movie today.  This is going to make a great family nigh.

Twitter Pitch: Birds of a feather flock together in KING TWEETY a brand-new, high-flying adventure featuring Looney Tunes beloved characters Tweety, Sylvester and Granny as they jet-off to the Canary Islands where Tweety is crowned king. The all-new animated film from @WBHomeEnt is coming to Digital & DVD 6/14

BURBANK, CA (March 22, 2022) – Animation’s cutest “widdle” canary, Tweety, learns he’s a royal descendant and the next in line to the throne in King Tweety a brand-new, full-length animated family film, set for release on Digital and DVD on June 14, 2022 by Warner Bros. Home Entertainment.  Produced by Warner Bros. Animation, King Tweety finds Tweety, Sylvester and Granny jet-setting to the Canary Islands where Tweety is inadvertently crowned king by the island locals. It’s a hilarious, fun-packed adventure featuring vibrant animation and music that will make you want to shake your tailfeathers! The release includes three bonus classic Sylvester & Tweety Mysteries cartoons. King Tweety retails for $14.99 SRP ($19.99 SRP Canada) for the DVD.

Tweety’s large and in charge as he takes the throne in this zany new, full-length movie. When the queen of an island paradise disappears, Tweety unexpectedly becomes next in line for the crown. His Little Highness’ entourage includes motorbike daredevil Granny and sly Sylvester, whose allegiance is tested when he uncovers a sinister plot to eliminate Tweety for good! Feathers and fur will fly in this hilarious story that proves royalty – and loyalty – can come in many shapes and sizes.

King Tweety will be available to own on Digital on June 14, 2022. Digital purchase allows consumers to instantly stream and download to watch anywhere and anytime on their favorite devices. Digital movies and TV shows are available from various digital retailers including Amazon Video, iTunes, Google Play, Vudu and others.

Warner Bros. Animation (WBA) is one of the leading producers of animation in the entertainment industry, producing and developing projects for multiple platforms, both domestically and internationally. WBA’s current series include Animaniacs for Hulu, Green Eggs and Ham and Wings of Fire for Netflix, Batman: Caped Crusader, Batwheels, Bugs Bunny Builders, Gremlins: Secrets of the Mogwai, Harley Quinn, Jellystone!, Little Ellen, Looney Tunes Cartoons, My Adventures with Superman, Tiny Toons Looniversity, Tom and Jerry Time, Tom and Jerry in New York, Velma and Young Justice for HBO Max, DC Super Hero Girls and Teen Titans Go! for Cartoon Network,  Dorothy and the Wizard of Oz, Scooby-Doo! and Guess Who?, The Tom and Jerry Show and Yabba-Dabba Dinosaurs! for Boomerang. WBA is also in production on a series of animated longform movie specials for ACME Night, WarnerMedia Kids & Family’s family programming block on Cartoon Network and HBO Max. Programs include Did I Do that to the Holidays? A Steve Urkel Story, Merry Little Batman and an Untitled Looney Tunes Cartoons movie.  The studio is currently in production with New Line Cinema on the upcoming original anime feature film, The Lord of the Rings: The War of the Rohirrim.  WBA’s full-length theatrical film, Teen Titans GO! to the Movies, was released in summer 2018. As home to the iconic animated characters from the DC, Hanna-Barbera, MGM and Looney Tunes libraries, WBA also produces highly successful animated films — including the DC Universe Movies — for DVD, Blu-ray® and digital media. One of the most-honored animation studios in history, WBA has won six Academy Awards®, 40 Emmy® Awards, the George Foster Peabody Award, a BAFTA Children’s Award, an Environmental Media Award, a Parents’ Choice Award, the HUMANITAS Prize, two Prism Awards and 21 Annie Awards (honoring excellence in animation).