We got the Halloween Kills Digital code to review.  All opinions are our own. 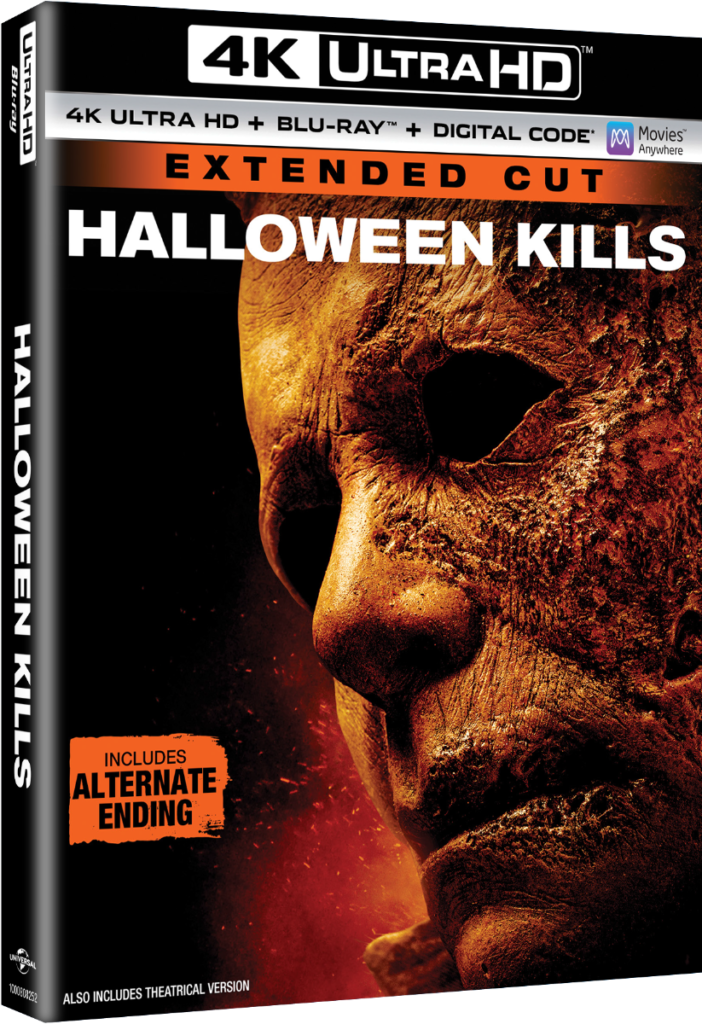 I had mixed emotions about the last Halloween that came out.  I of course loved that Jamie Lee Curtis was back but I was not happy that they erased years of Michael Myers   kills. He is one of my favorite Horror killers.  So when this one came out and I saw that we were going to have a ton of our original survivors back I was excited but skeptical.

Halloween Kills did not disappoint me.  We had some great original kills, great story, and a few twist and turns.  We get to see a little of what happened in the original that we never saw and a great final scene I did not see coming. If you are looking for a great Horror Flick this week you are going to LOVE Halloween Kills.

Universal City, California, December 8, 2021 – Evil dies tonight.  Jamie Lee Curtis (“Scream Queens”, Knives Out), Judy Greer (The Village, Dawn of the Planet of the Apes), Andi Matichak (Blue Bloods, Orange is the New Black) and the entire town of Haddonfield band together to take down the infamous killer Michael Myers in the never-before-seen Extended Cut of HALLOWEEN KILLS, arriving on Digital December 14, 2021, as well as on 4K Ultra HD, Blu-rayTM and DVD January 11, 2022. Hailed as “A bloodthirsty sequel” (Bloody Disgusting), HALLOWEEN KILLS features the original theatrical release, the Extended Cut with Alternate Ending and exclusive bonus content which includes extended and deleted scenes, a behind-the-scenes look at creating the film, special gag reel and more!

The Halloween night when Michael Myers returned isn’t over yet. Michael manages to free himself from Laurie Strode’s (Jamie Lee Curtis) trap to resume his ritual bloodbath. As Laurie fights for her life from injuries from her last encounter with Michael, she inspires her daughter Karen (Judy Greer), granddaughter Allyson (Andi Matichak), and all of Haddonfield to rise up against their unstoppable monster. The vigilante mob then sets out to hunt Michael down, once and for all.

HALLOWEEN KILLS will be available on 4K Ultra HD, Blu-ray™, DVD and Digital.