We got the Eraser Reborn free in exchange for an honest post.  All opinions are our own. 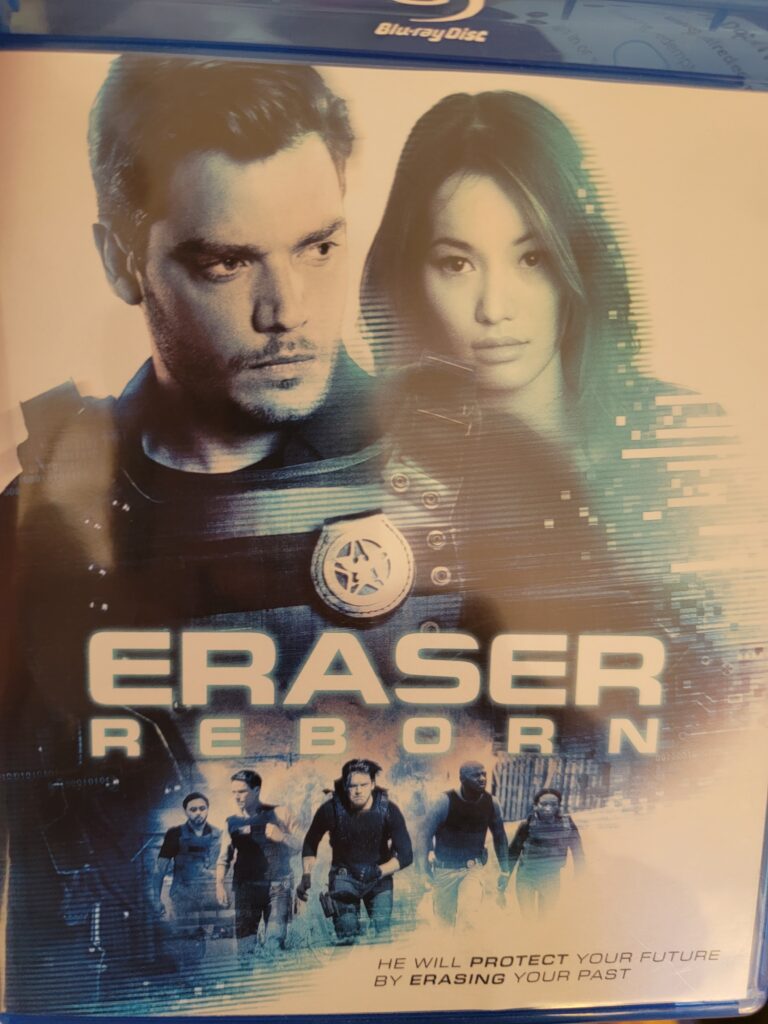 If you are looking for a movie with a really hot guy and some action this is it. I liked the story and it was easy to follow.  I would totally watch this one again.

Today is the day we have been waiting for! Get ready for non-stop action – as ERASER: REBORN is now available on Digital, Blu-ray™ and DVD, from Warner Bros. Home Entertainment.

The all-new original film, ERASER: REBORN, a reboot of the 1996 blockbuster, follows US Marshal Mason Pollard, a specialist in engineering the fake deaths of witnesses that need to leave no trace of their existence. In this never-before-seen clip from the film, Mason Pollard (played by Dominic Sherwood) tells Rina Kimura (played by Jacky Lai) what was done to set her up with a new identity.

U.S. Marshal Mason Pollard specializes in “erasing” people – faking the deaths of high-risk witnesses. With the technological advances of the last 25 years, the game has upgraded, and it’s just another day at the office when he’s assigned to Rina Kimura, a crime boss’ wife who’s decided to turn state’s evidence. As the two flee to Cape Town, South Africa, with a team of merciless assassins on their trail, Pollard discovers he’s been set up. Double-crossed and fueled by adrenaline, he needs to be at the top of his game, or he’ll be the one who’s erased. Permanently.

If you can please share today on your site and socials to let your audience know that all-new original movie is available today, we would really appreciate it. If you do – please don’t forget to send me your coverage links.