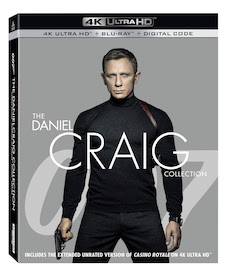 Where are my James Bond Lovers?  I hate to admit this but I had never seen a James Bond movie before I met hubby.  Now they are always one of the first on our list to see.  If you love a great spy movie with a man you can really fall in love with then the James Bond series if for you.