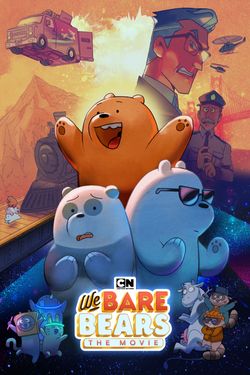 This week at Camp Warner Bros., Cartoon Network’s beloved bears will stack up in their greatest adventure, with their first movie ever – We Bare Bears: The Movie!  Get ready for loveable bear hugs, digital culture references, life lessons – and Gummy Bear Slime!

About We Bare Bears: The Movie:

We Bare Bears: The Movie follows Grizz, Panda, and Ice Bear’s love of food trucks and Internet fame, which leads the brothers to unexpected mayhem, where they must go on a wild, hilarious and dangerous adventure to escape a foe that threatens to tear them apart.  Watch as Grizz, Panda, and Ice Bear catch the attention of the Department of Wildlife Control,  and go on a wacky adventure as their world turns upside down, and the Bears are left with no choice but to go on the run!

In honor of the all-new release of We Bare Bears: The Movie – Camp Warner Bros. is bringing you a fun sensory activity to do with your campers! Stack the bears up, squish them down – and make this adventurous slime that you can actually eat: 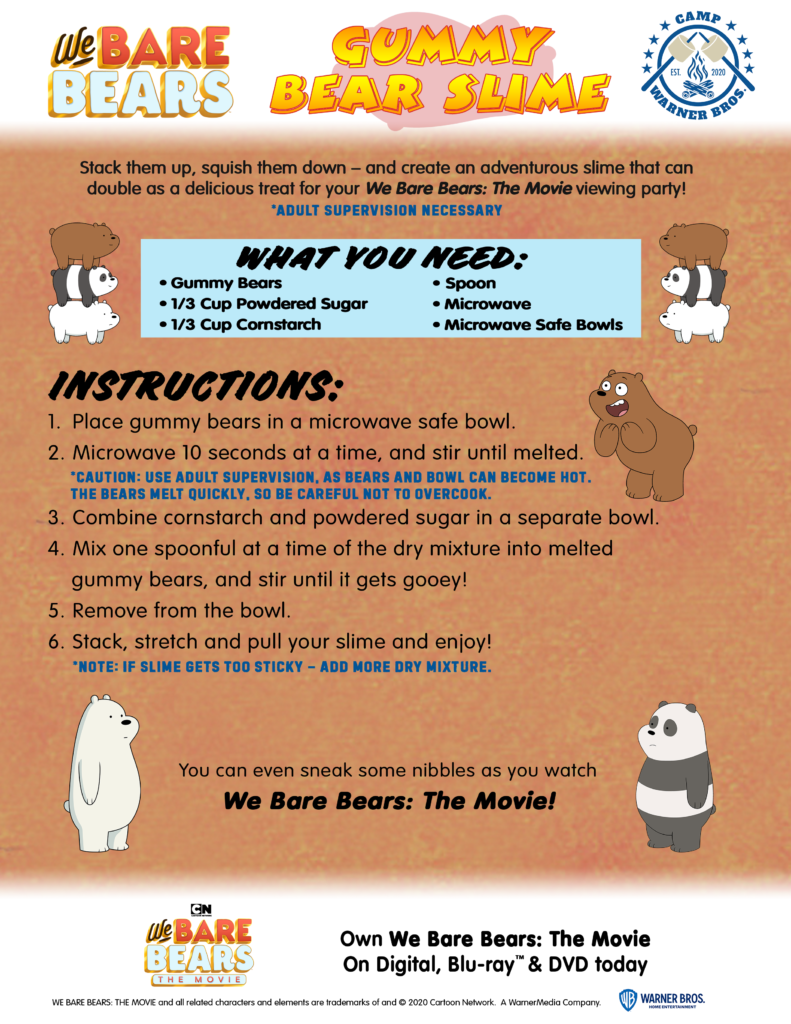